Vivo X60t will be the new device joining Vivo's X60 portfolio. It will be powered by Dimensity 1100 chipset, a Full-HD+ OLED display and a 48-megapixel triple camera setup. 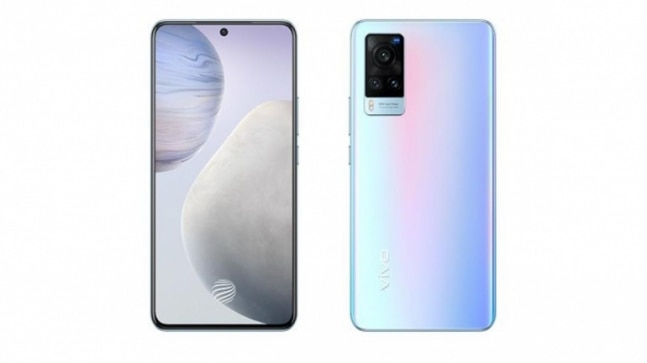 Vivo recently unveiled its high-end X60 lineup, which includes the standard Vivo X60 and the top-end Vivo X60 Pro and Vivo X60 Pro+. But that's not it, as the smartphone manufacturer is supposedly looking to add another device to its X60 portfolio.

This new device, dubbed as Vivo X60t has been listed in the product library of China Telecom, helping us with plenty of details. The listing could be accidental, which gives away details of the upcoming Vivo X60t.

The images of the upcoming Vivo X60t have also been leaked, helping us with the design of this device. Vivo X60t appears to be quite similar to the Vivo X60. It comes with an identical camera module with a ZEISS branding. On the front, the smartphone can be seen featuring a punch-hole camera and an in-display fingerprint scanner.

The Vivo X60t is powered by Dimensity 1100 chipset under the hood, which also is Mediatek's flagship SoC. It is an octa-core chipset based on a 6nm manufacturing process. The chipset is also 5G and Wi-Fi 6 compatible. Moving further, the chipset is coupled with 8GB of RAM and 128GB of onboard storage.

In the camera department, the Vivo X60t will feature a triple camera setup on the rear consisting of a 48-megapixel primary sensor and other two 13-megapixel sensors, which we suppose are ultrawide and telephoto cameras. Whereas the centred punch-hole on the front will get a 32-megapixel sensor for selfies.

The Vivo X60t will get a 4220mAh battery to provide it with the necessary juice. It has also been listed on the 3C website, through which we know that it will come with a 33W fast charger.

Now that Dimensity 1100 supports 5G and Wi-Fi, we expect the Vivo X60t to bring compatibility for the same.

The China Telecom listing also reveals the pricing of the Vivo X60t, which is CNY 3,698 (Rs 41,000 roughly). The Vivo X60t is expected to arrive by early April in China.

Poco X3 Pro vs Poco X3: All that's new and everything that remains same