In terms of specifications, both the phones share the core hardware, with the Vivo Y20 and Y20i powered by the Snapdragon 460 SoC. 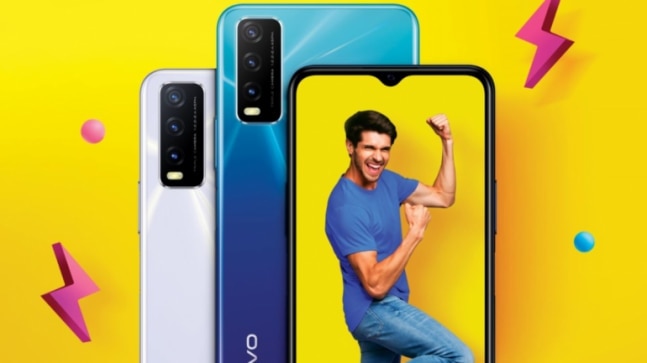 Vivo has launched two new smartphone in India. Launched under the Y series, the new phones are called the Vivo Y20 and the Y20i. The Vivo Y20 has been announced to be available for purchase retail stores, vivo India e-store, and other major ecommerce websites starting August 28, 2020. The company has announced that the device will be priced at Rs 12,990 for the single 4GB+64GB variant. It will be available in two colours -- Obsidian Black and Dawn White.

The Y20i will be available for purchase starting September 3, 2020. The phone has been announced to be made available at Rs 11,490 ocross retail stores, vivo India E-store, and other major ecommerce websites. Both the Y20 and Y20i are powered by Qualcomm Snapdragon 460 Mobile Platform processors.

Commenting on the launch of Y20, Nipun Marya, Director Brand Strategy, vivo India, said, "Vivo's youthful Y series has always been about offering a wide spectrum of products with innovative features that meets the specific requirements across different price range. With vivo Y20, we are offering the 'best of everything' from our Y series line up like the 18W FlashCharge to 5000mAh long-lasting battery and an AI Triple Macro Camera. The addition of Y20 to the Y series reiterates vivo's commitment to make technology accessible, affordable and available to consumers seeking seamless experience with best performance and price."

In terms of specifications, both the phones share the core hardware. However, there are slight differences between the two. The Vivo Y20 and Y20i comes with a 6.51-inch Halo iView display with an elongated aspect ratio of 20:9 and HD+ (1600 x 720) resolution. The two devices also bring with them side-mounted fingerprint scanners which are claimed to unlock the phone in just 0.22s.

Both the phones pack a massive 5,000mAh battery with 18W FlashCharge technology that is claimed to lasts upto 16 hours of online HD movie streaming and 11 hours of resource-intensive games.

Both devices also share the chipset which is the Snpadrago 460 SoC. However, the amount of RAM differs on the two, with the Y20 getting 4GB of RAM while the Y20i only getting 3GB. Apart from this, the cameras on the two devices are the same. The phones get a Super AI Triple camera setup which provides enhanced picture capabilities with 13-megapixel main camera, 2-megapixel Bokeh camera and another 2-megapixel Macro camera. At the front, the smartphones feature an 8-megapixel camera for selfies.

Apple will launch its first online store in India in September, physical stores slated for 2021