The phone has been launched by Vivo in a single variant which is available in two colour options. 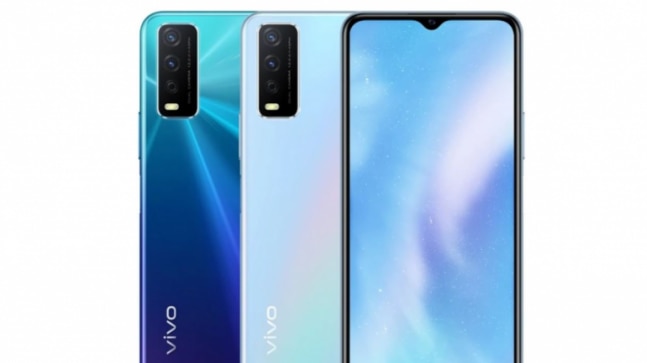 Vivo has launched a new smartphone in its home country, China. The company has announced the release of the Vivo Y30 Standard Edition which now joins the Vivo Y30 -- a rebranded version of Vivo Y20 launched in India.

The phone has been launched by Vivo in a single variant which is available in two colour options -- but sporting a single RAM and storage configuration. The phone also offers mid-range specifications as it comes with an octa-core MediaTek chipset, a pair of dual rear cameras. The phone also goes big on design as the Vivo Y30 Standard Edition offers a sleek design but with a substantial amount of bezels.

As far as the pricing of the phone is concerned, the Vivo Y30 Standard Edition is priced at CNY 1,398 (approx Rs 16,000) for the sole 6GB + 128GB storage model. The phone has been launched in Aurora and Cloud Water Blue colour options. As for the availability, the phone is available for purchase via Vivo China online store. For now, there is no information if the device will ever come to India.

Vivo Y30 Standard Edition also gets 128GB of onboard storage that is expandable via microSD card (up to 256GB). As for connectivity, the phone offers 4G, dual-band Wi-Fi, Bluetooth 5.0, GPS, Glonass, USB OTG, a 3.5mm headphone jack.

For sensors, they have gravity, ambient light and proximity sensor, along with also housing a compass, and virtual gyro sensor. The phone also gets a side-mounted fingerprint scanner for added security. The Vivo Y30 Standard Edition runs Funtouch OS 10.5, based on Android 10.