The company on Monday announced that it will be known as Vi (pronounced as We) and not Vodafone Idea. 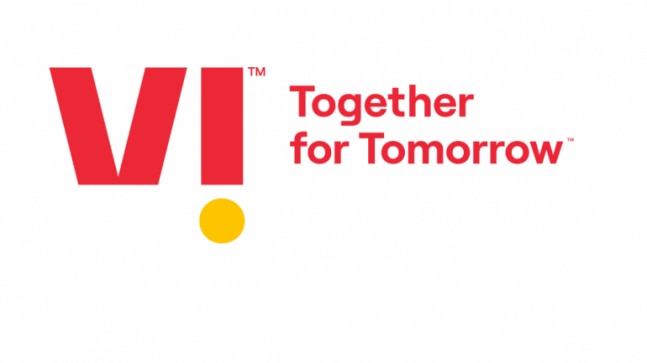 Telecom giant Vodafone Idea has been rebranded in India as Vi. The company on Monday announced that it will be known as Vi (pronounced as We) and not Vodafone Idea. It is no secret that Vodafone has not been able to clear the AGR dues and by launching a new brand identity, it aims to reinstate its brand in a market dominated by Reliance Jio and Airtel. The company has not made any announcement related to fund-raising as of now. Along with a new logo, Vodafone prepaid and postpaid users can expect some changes in the recharge plans too.

Talking about the new brand identity, Ravinder Takkar, MD & CEO, Vodafone Idea Limited said, "Vodafone Idea came together as a merged entity two years ago. We have, since then focus on integrating two large networks, our people and processes. And today I am delighted to present Vi, a brand that will bring important meaning to the lives of our customers. Indians are optimistic and want to get ahead in life. They would love a credible partner to help them on this journey. Vi's positioning is built around this promise and will focus on meeting the customer needs to help them thrive."

"The brand integration not only marks the completion of the largest telecom merger in the world but also sets us on our future journey to offer world-class digital experiences to 1 Billion Indians on our strong 4G network. VIL is now leaner and agile, and the deployment of many principles of 5G architecture has helped us transform into a future-fit, digital network for the changing customer needs. The new brand launch signifies our desire to not just deliver, but delight our customers, stakeholders, communities, and our employees and signals our passion and commitment to be a Champion for Digital India. With Vi, we are confident of building a brand that continues to command respect and trust and will be admired and loved by all. We look forward to your continued support as we get ready to deliver a superior Vi experience," he added.

WhatsApp improves Payments, adds new voice calling features for iOS users
Microsoft Surface Duo may not come to India until 2021, here's why
Explained: WhatApp calls End-to-End Encrypted, but what does it mean for you?
Tags: Vodafone