WhatsApp allows more than 4 people to join a group call, set to roll out new limit of participants As per a WABetainfo report, WhatsApp has increased the limit of participants from four to eight. WhatsApp is all set to roll out the feature that would allow users to add 8 participants in a group video call. The feature will be initially released for users having the latest iOS and Android Beta versions. In order to test the new feature, a user is required to install the 2.20.50.25 iOS beta update from TestFlight for iOS users and 2.20.133 beta from Google Play for Android users. All the participants need to download the beta updates to join a group call otherwise it would not be possible for them to use the new feature. 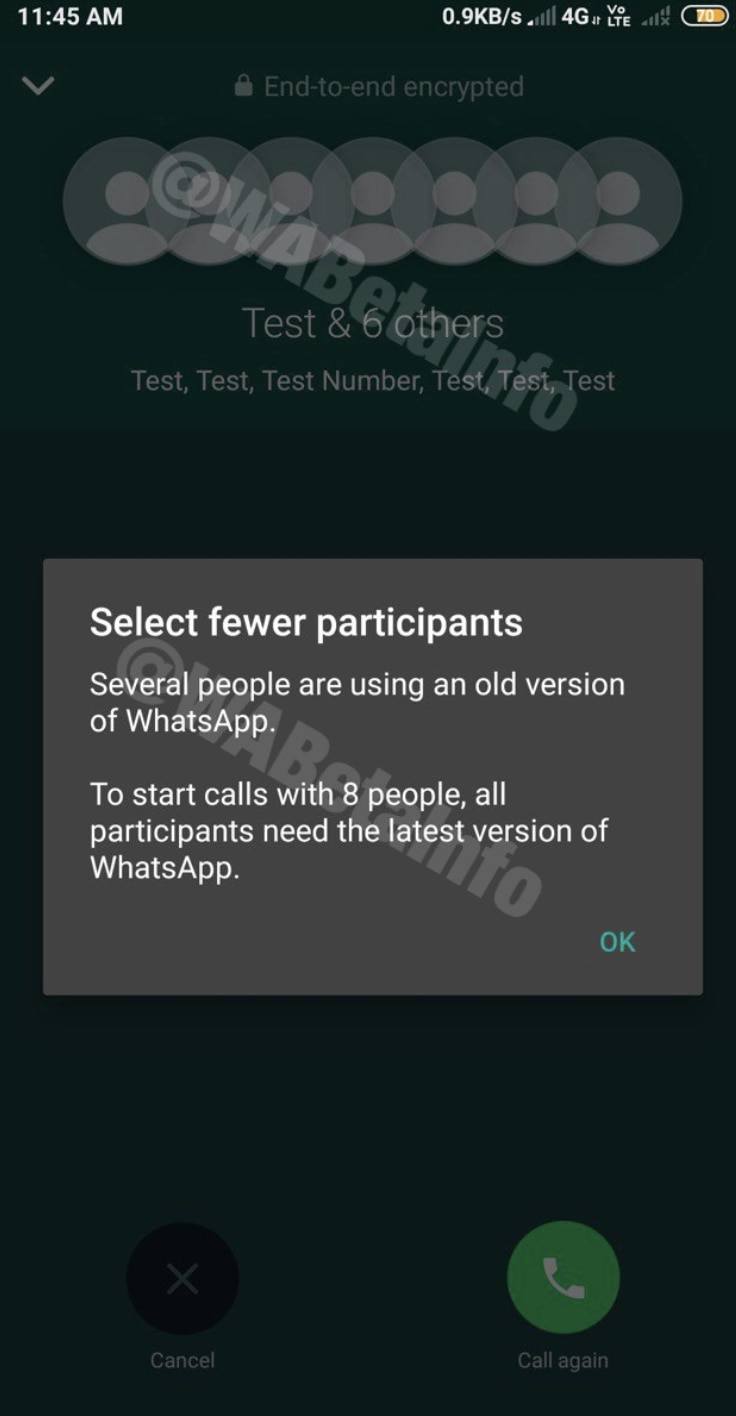 — Another way of starting a group call is by opening the Calls tab, then tap the Call button, then select the New group call option provided. When you tap it, you will get an option to select the contacts you want to add to your call. All this could be done without even making a group.

— The easiest way to start a group call is to simply make a new group and add the participants that you want to chat with. This way the group call starts automatically whenever you tap the call button without you having to manually add people every time you make a call.

WhatsApp is gradually rolling out the feature for beta users so if you didn't get the feature even after updating to latest versions of iOS and Android Beta, don't fret it will come to you slowly.