WhatsApp is said to be working on limiting the time frame for its disappearing messages, with a new 24-hour option that might soon be rolled out to users across the globe. WhatsApp has since long been hinted at bringing more options to its disappearing messages. Building on the speculations, the chat app has now been reported to add a more limited time frame option to the feature soon.

If or when activated, the option lets users send messages to the contact that disappear in a seven days time period. WhatsApp is now working on further shortening this time to as little as 24 hours.

The tip comes from a leak uncovered by WABetaInfo. The publication has spotted an upcoming version of the app wherein an additional 24-hour option is seen with disappearing messages.

The feature has been spotted in the iOS version of WhatsApp for now. Sharing screenshots of the same, the report by WABetaInfo confirms that the feature will soon be available to WhatsApp users on both Android and iOS. 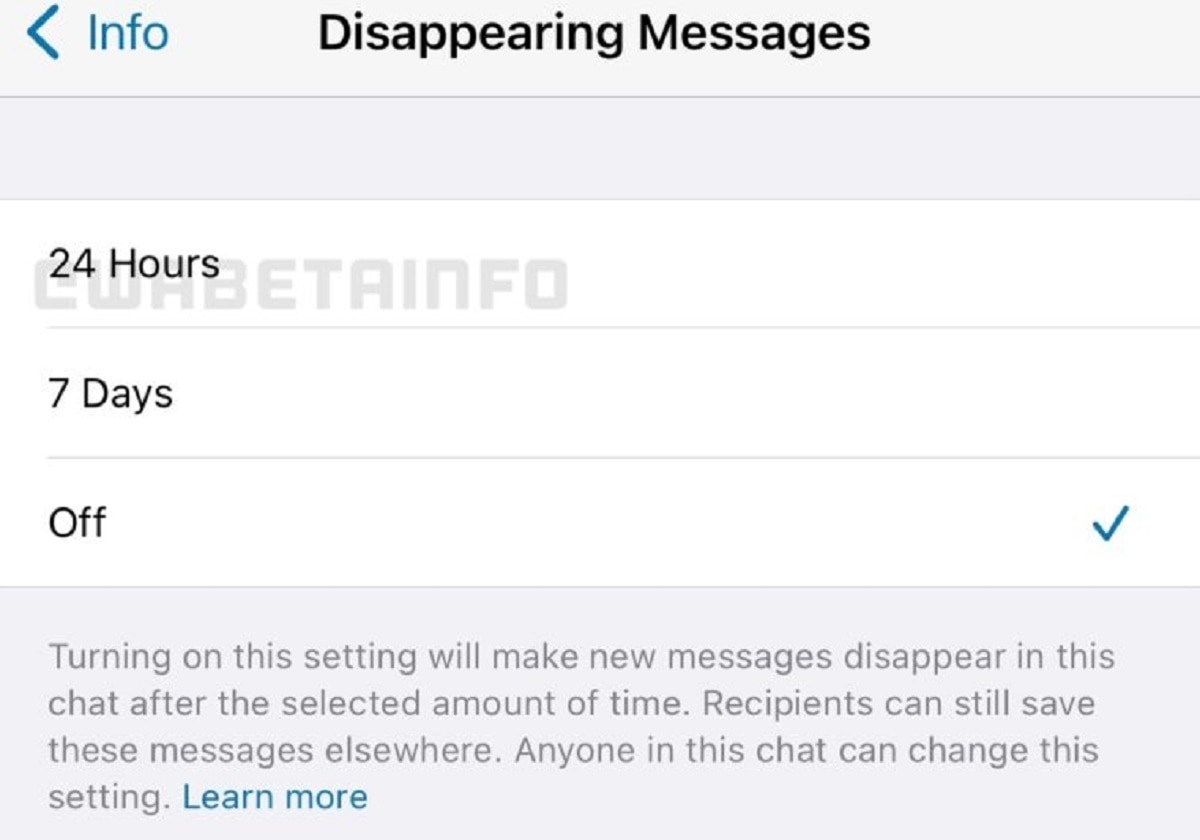 As per the report, the new limited-time option will expand the user choices for the feature. WhatsApp users will be able to select if they want the disappearing messages to work on a 24-hours basis, on a 7-day basis or to keep it off altogether. All the options will be displayed right where the feature is seen right now, under the contact's info page.

The co-existence of both the timeframes is a big revelation through the report, as earlier, the 24-hour option was thought to be the only choice for the feature going forward. As for its working, all messages sent or received under the 24 hours disappearing messages option will vanish from the chat after 24 hours.

The report says that the new option for disappearing messages is still under development. It is expected to be available in a future update for iOS, Android as well as WhatsApp Web.