WhatsApp has officially rolled out the Messenger Rooms shortcut for iOS users, a week after making it available on WhatsApp web. WhatsApp has officially rolled out the Messenger Rooms shortcut for iOS users, a week after making it available on WhatsApp web. The Facebook-owned messaging app has finally integrated the video calling platform in its app. However, the Android users will have to wait a little longer to get the Rooms shortcut on their share sheet as it has not been made available to them for now. India Today Tech was the first to spot the Rooms integration on the WhatsApp app for iOS.

Facebook had rolled out the Messenger Rooms shortcut for WhatsApp web users and finally, the feature has arrived for iPhone users. The feature is now available on WhatsApp Web and WhatsApp for iOS, the Android app is yet to get the Rooms integration.

— Open WhatsApp on your iPhone or any other iOS-enabled devices. Open the chat window of any of the contacts that you want to interact with or have interacted with in the past.

— When you tap on a contact, a separate chat window will open. Tap on the plus icon that is placed right beside the space where you type your message.

— Tap on the Rooms icon that appears first on the list when you click the plus icon on your iPhone. 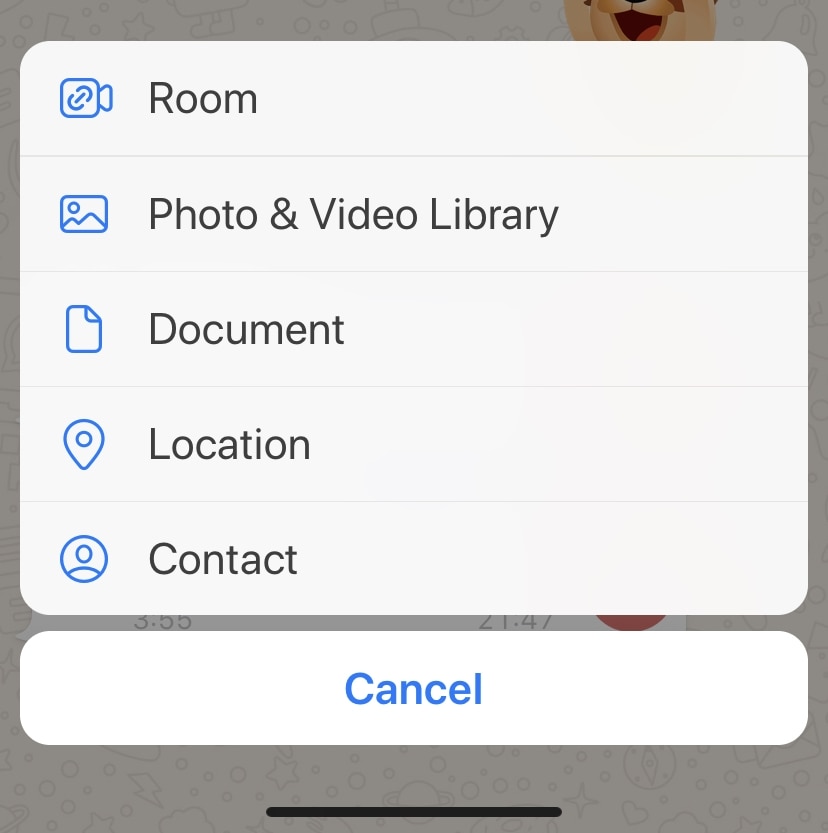 — When you tap on Rooms, a new window will open that will redirect you to a separate messenger rooms page.

— When you reach the Messenger app, Facebook will ask you to create a Room.

— When you tap on "create a room as your profile name", a link to will be generated

—You can then share the link with your contacts on WhatsApp so that they can join the chat.

WhatsApp has only received the shortcut to the Messenger Rooms app, it is not a standalone feature of WhatsApp but it will redirect users to the Rooms app on Messenger, which was introduced by Facebook a few weeks ago.

For the unversed, Messenger Rooms is a video calling platform by Facebook that allows up to 50 people to join a single call. Interestingly, in order to join a call, you don't even need to have a Facebook account, you can join a call simply by clicking on the link that has been provided to you by the host. However, in order to host a video call, you might require a Facebook account.

ALSO READ | Your Qualcomm chip-based Android phone might be at risk, thanks to new vulnerability
ALSO READ | TikTok has 45 days to become American or face US ban: 5 key points
ALSO READ | PUBG Mobile 90fps mode rolled out but not everyone can use it: Here is why
Tags: WhatsApp