WhatsApp may let users change colours in the app, but it will have to be careful about its use

WhatsApp is expected to roll out an update soon that will bring new colours to the chat app. Though it is unclear how the feature will be rolled out, the Facebook-owned chat app will have to be careful and not overdo it. WhatsApp users will soon be able to opt for different colours inside the app. The new feature will allow users to change the colours of the text messages in a chatbox.

The feature was recently spotted by WABetaInfo and was shared through its Twitter account. In its tweet, the WABetaInfo mentions that WhatsApp is currently developing the feature and that there is no more available information.

The tweet also shows some images of the feature on the app. In the screenshots, texts in a particular chatbox can be seen sporting new colour shades of yellow and green. These in-chat messages shown in the images are system messages that inform the user of an account being a business account and impart other such information.

You can differentiate these colours from the existing ones by observing the darker shade of green and yellow. On the other hand, several call-to-actions like Broadcast lists or Archived chats will also appear in new shades compared to the current versions of the chat app.

Other than the colour change, the theme of the app remains more or less the same as the one we see in the prevalent versions of WhatsApp. 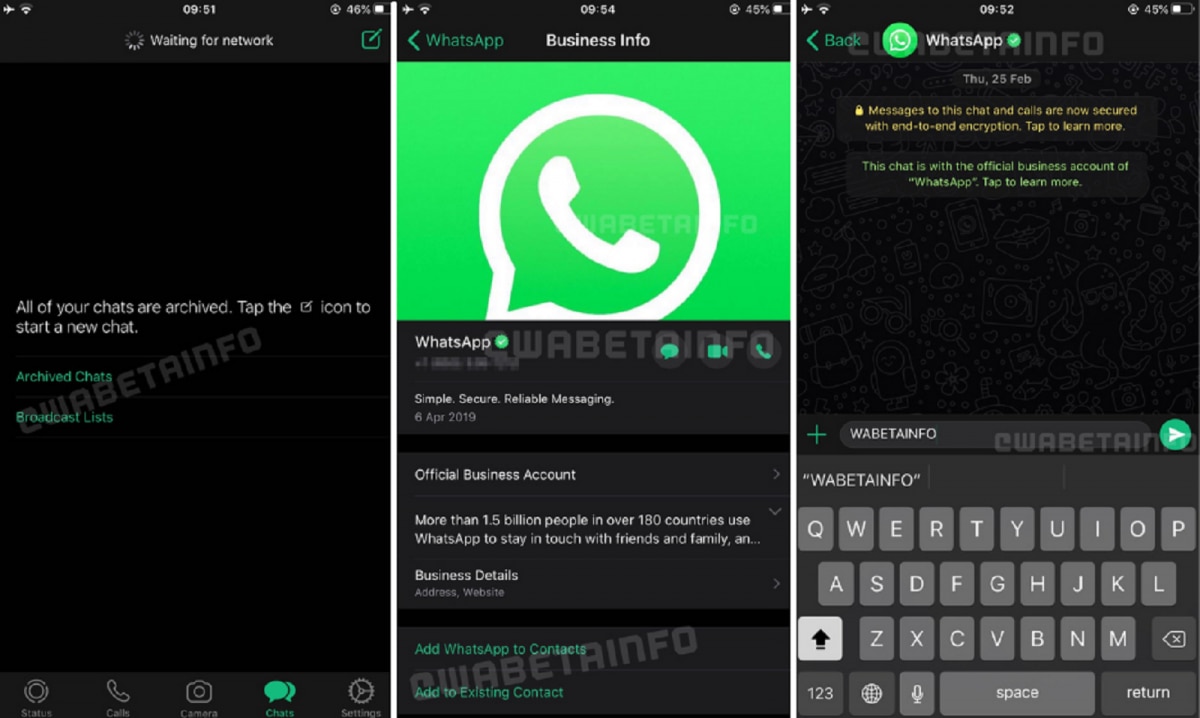 As with every new feature that tech majors introduce to their user base, the new colours on WhatsApp are bound to have mixed reactions from its users across the globe.

For now, we can assume that the colour change feature will provide us with an option of colouring every or alternate text message differently. It might also enable contact-specific colour shades, meaning all messages from one person in a chat will be coloured alike.

In such a case, the feature will be a big plus for active WhatsApp Groups wherein several members tend to post messages simultaneously. The feature will then help better distinguish messages from each of the members in such a group.

On the other hand, recall that the names of each of the group members are already shown in different colours. The corresponding colour to their text message can thus also overdo things in this regard. WhatsApp will hence have to be careful on how it brings in new colours to the app.

Then again, not much is known about the feature as of now. There are chances that WhatsApp might only introduce it to its theme. In such a case, we can expect new colours for several call-to-action buttons and system messages such as the one shown above. The update would then only bring an aesthetic upgrade to the app and no visible utility for the end-user.

Amazfit Bip U Pro launch set for next week, to sport GPS and SpO2 features