The Facebook-owned messaging app has officially rolled out the feature days after making it official. 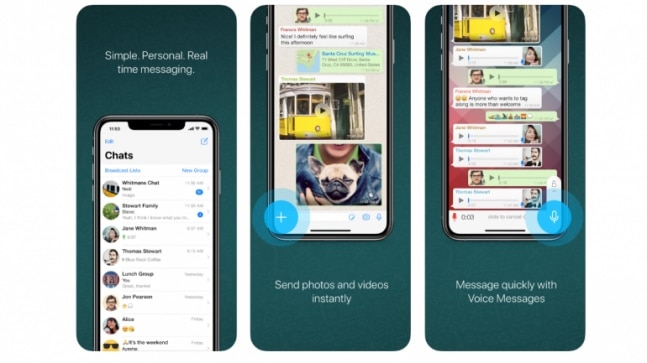 WhatsApp has finally rolled out the animated stickers, QR codes, and other features with the latest iOS update. The Facebook-owned messaging app has officially rolled out the feature days after making it official. Along with the animated stickers, WhatsApp has also released the long-speculated feature QR code feature. However, to get the latest features, iPhone users will have to update to the latest version of the app available on the App Store.

The animated stickers is available in the chatbox, where you type your message. WhatsApp has released a couple of sticker packs including the Rilakkumma, Chummy Chum Chums, Rico's Sweet Life, Playful Piyomaru, Bright Days, Moody Foodies and others. Users can download the sticker packs and add it to their list.

Here is how you can use animated stickers on WhatsApp

— Click on the Sticker icon when you open your WhatsApp chat box.
— Click on the plus icon when you when the sticker window opens as that will take to you to the Stickers Store.
— The Sticker Store includes several sticker packs that you can add to your WhatsApp chats just by downloading them.
— To download the packs, you can click on the download icon and also preview the stickers simply by tapping on them.
—Once you download the stickers pack, it will be added to the stickers section that was already made available to you. You can add more and more packs to use them in your chats.

However, once you download and send stickers to your contacts, it will only play once and not on the loop. To play it again, you will have to scroll up and down the screen. As per latest reports, WhatsApp is testing the possibilities of making the animated stickers play in loop and might roll out the feature soon.

Apart from the animated stickers, WhatsApp has rolled out the much-anticipated QR code support for iOS users. This feature would let users share their QR code instead of their phone numbers. Users can simply scan a QR code to add a new contact instead of typing out the numbers.

Jack Dorsey says Twitter in the early phases of exploring a subscription model, other revenue options