WhatsApp Pay was started as a trial programme in India in 2018, having reached a base of around one million users. 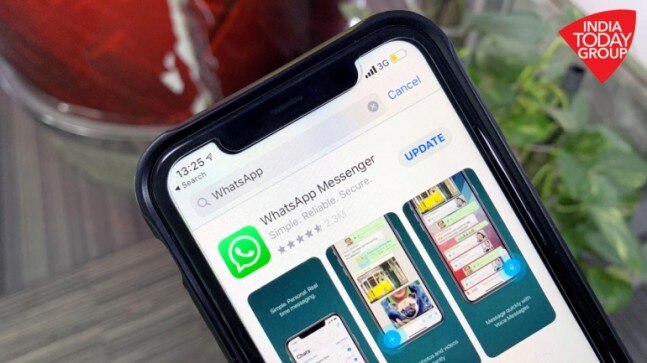 WhatsApp Pay is now a step closer to its official launch in India. The National Payments Corporation of India (NPCI) has reportedly granted its permission to WhatsApp to formally commence its payments service in India. This essentially means that WhatsApp can now begin with the process of implementing the digital payments platform, based on the Unified Payments Interface (UPI), pan India. A report by Business Standard, citing a Reserve Bank of India (RBI) executive, claims that WhatsApp has secured an approval from NPCI to start rolling out WhatsApp Pay in a phased manner. But while this brings hope to Facebook as the rollout will likely be easy, it may raise eyebrows among the peers in the industry.

WhatsApp's formal foray into the digital payments space will be watched closely by the rival companies that have earned their name in the industry. To name a few, there are Paytm, PhonePe, Google Pay, Amazon Pay, MobiKwik that are currently functional among the users. Going by the volume of UPI transactions, Paytm, PhonePe, and Google Pay process more than 90 per cent of UPI transactions, of which Google Pay leads the pack, as per a Wordline survey. Not only the transactions happening at the consumer-end, but the transactions made to registered merchants have also spiked on all three platforms.

In fact, the digital payments sector has grown manifold over the span of a few years, thanks to the push by government's demonetisation policy. According to a report by Statista, the total digital transaction value in India stands at $81,197 million while the total number of users in the mobile POS payments segment in 2019 was 403.2 million.

WhatsApp began piloting its payments service in India in 2018 covering a base of around one million users. While the trial was successful, the implementation of the feature on a large scale hit a roadblock due to conflicts with India's data localisation norms. According to the law issued by RBI, no party or company can provide payments service without having to set up a system to store user data only in India. In which case, WhatsApp was needed to localise its data storing process for WhatsApp Pay in India.

But WhatsApp may not have to convince the users to try the service, thanks to a wide adoption already. The teething troubles that companies such as Paytm, FreeCharge, MobiKwik had suffered, WhatsApp may not even see an iota of those. Why? This is largely because Indians, even in the remotest locations, are now familiar with the process involved in making online payments using a phone. With demonetisation, the proliferation of digital payments increased further, leading to a sudden spike. Moreover, India is WhatsApp's biggest market in the world with over 400 million users. WhatsApp Pay will be readily available to all those users, who will probably ditch other platforms for the ease of access within the same app they use to chat on a daily basis.

Much like WhatsApp, other foreign players such as Google and Amazon were too frenzied to launch their payments service in India back when online transactions were catching up. But both companies complied readily to the RBI's directive for data localisation. Google and Amazon store the data of all online transactions in India. At its Next Billion User event last year, Google India revealed that it will comply with the data localisation norms "100 per cent."