Days after the crash code messages bug was discovered, WhatsApp said it is rolling out a new patch that would address the issue. 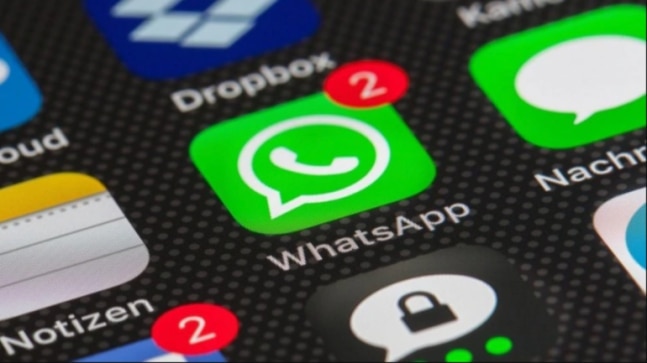 Days after the crash code messages bug was discovered, WhatsApp has said that it is rolling out a new patch that would address the issue. Several users from Brazil had reported that messages with weird characters are crashing the messaging app. The issue was first brought to the fore by WhatsApp features tracker, Wabetainfo.

WhatsApp has now assured its users that the bug will be addressed in the latest iOS software update. "WhatsApp has released and already begun rolling out a patch that addresses this in its latest iOS software update. As with any tech product, we strongly encourage users to keep their WhatsApp app and mobile operating system up to date and download updates whenever they're available," a WhatsApp spokesperson said in a statement.

A Wabetainfo report had stated that messages containing weird characters are being sent out to users by miscreants. The messages that make absolutely no sense crash the app as soon as they are received. "A contact might send a message that contains many weird characters. If you read them entirely, they have no sense, but WhatsApp might interpret the message in the wrong way. Sometimes WhatsApp is also unable to render the message totally because its structure is so weird: the combination of these characters creates a situation where WhatsApp isn't able to process the message, determining an infinite crash," the report read.

When users receive these kinds of messages, WhatsApp is often unable to decode it which then leads to an indefinite crash. The messaging app stops working completely and even if you try to force close the app repeatedly you would not be able to revive the app. Although users across the globe have reported getting such messages, users in Brazil seem to be most affected.

The Wabetainfo report had also stated that spammers are creating groups and adding random people to it. They then send the crash codes that cripple their app completely. These messages are also being sent in the form of virtual cards or vcards. "If you open the vcard, you can verify that there might be like 100 associated contacts. Every contact has a very long weird name, that contains a crash code. Sometimes the vcard is also altered, editing/injecting something called Payload that makes the situation worse," the report read.

However, the only way, for now, to save yourself from receiving such messages is to monitor the group settings. You can control who adds you to a group and can change the setting to "My Contacts only". This would prohibit unknown contacts from adding you to a group without your permission. But if all nothing else works, you can uninstall the app and install it again but you might lose your chat history if you haven't backed it up.