The feature which could be called the Protect Backup is still under development and there is no release date available as of now. The feature was spotted in WhatsApp for Android version 2.20.66. 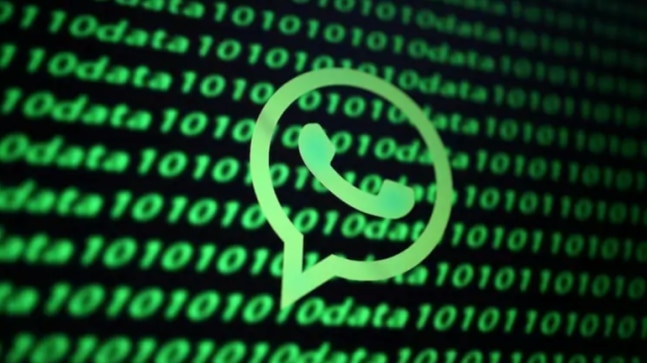 WhatsApp recently announced that users will have to accept the new privacy policy which will allow it to process users' chats with business accounts by May 15, 2021. WhatsApp has added a new section on its FAQ page where it mentions that "that the policy update does not affect the privacy of your messages with friends or family in any way." The previous date for users to accept the WhatsApp's updated policy was February 8 which caused public outrage and triggered a mass exodus of users to seemingly safer alternatives like Signal and Telegram. WhatsApp is also infamous for its un-encrypted chat backups for Google Drive or iCloud. "Media and messages you back up aren't protected by WhatsApp end-to-end encryption while in Google Drive," a separate WhatsApp FAQ notes. This could change soon.

WhatsApp is now reportedly working on cloud backup encryption, which will make it impossible for anybody to get hold of a user's WhatsApp chats backed up on third-party cloud platforms like Google Drive or iCLoud. According to the WhatsApp features tracker, WaBetaInfo, the feature which could be called the Protect Backup is still under development and there is no release date available as of now. WaBetainfo spotted the feature in the WhatsApp beta version for Android 2.20.66. It does not mention anything of iCloud, but once the feature is available for Android it is likely that the platform will make it available for iPhone users as well.

The report notes that the feature will allow users to encrypt their backup with a password, and neither WhatsApp nor Google will be able to see the content. Users will be able to turn on the encrypted backups via WhatsApp's Settings > Chat > Chat Backup. WhatsApp can also decide to scrap the feature if the platform faces trouble developing the feature. But if it does release, it will be a win for the platform. The Protect Backup feature is likely to put users' insecurity at ease.

As of now, there is no solution for WhatsApp users for better privacy and security but to disable the cloud backups which are not end-to-end encrypted and can be easily accessed or hacked into. Last year, the Narcotics Control Bureau (NCB) acquired some of the WhatsApp chats from high-profile people celebrities about banned drugs. The WhatsApp chats of Bollywood stars did rounds on the internet as the NCB investigated the names that emerged in the alleged drug nexus. These leaked chats raised several questions about the security and privacy policies of WhatsApp.

The recent Terms of Service were a final blow of sorts for WhatsApp users, and a large number of people migrated to alternatives like WhatsApp and Telegram. So how are Signal and Telegram any different and why did people migrate in large numbers to those apps. It's because Signal does not have any third-party cloud backup options, and to enable backups on the platform also requires users to tweak the settings. Telegram has only in-house cloud backups which are encrypted, according to the platform. This made WhatsApp users move from the app, which is or atleast was, the most popular messaging app. Maybe the update will come around before May 15 and WhatsApp users will feel safer in accepting the new terms of service.

ALSO READ: | Redmi Note 10 Pro Max quick review: Maximum impact
ALSO READ: | JioBook laptop with 4G may launch this year, it will compete with Chromebooks and will be affordable
ALSO READ: | How private are your WhatsApp chats?

India's cheapest 5G phone Narzo 30 Pro gets even cheaper on Flipkart, discounts on other Realme phones