The Galaxy Z Flip is currently the most affordable of all foldable phones in the country. Here's why it could be the next smartphone for you. 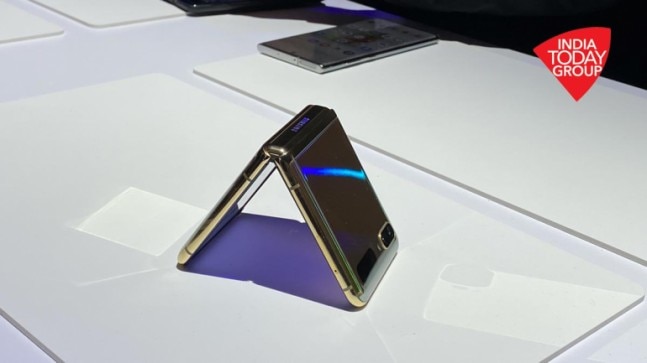 Samsung Galaxy Z Flip has finally been launched in India. It is the company's second foldable phone and will be made available for pre-booking starting February 21. In India, the phone will be sold at Rs 1,09,999, with the pre-booked devices promised to be delivered to buyers starting from February 26.

At the price, the Galaxy Z Flip is currently the most affordable of all foldable phones in the country. But is it still worth a buy? Well, the answer lies in the details.

The Galaxy Z Flip brings with itself a design that's innovative, yet not seen for the first time by the world. This is because the phone sports a clamshell design that has previously been seen on the Moto Razr.

However, compared to the Galaxy Fold, it's quite different. The phone's form factor provides it an important advantage over the Fold, which isn't as manageable as the new foldable device. As such, when it comes to the design, there's definitely a lot to like about the Galaxy Z Flip. It's the first foldable smartphone from Samsung that's not intimidating in its size and has a nice manageable form factor that can slip into your pocket without any troubles but can also expand into a full-sized 6.7-inch display flaunting flagship.

It's interesting to look at, but at the same time is also manageable, yet large enough for media consumption at the switch of a flip.

The Z Flip's biggest feature is its foldable OLED panel which can churn out a high resolution of 2636x1080 pixels and is the first foldable phone to come with a folding glass on top of it. There's also a secondary Super AMOLED display on the device that's the 1.1-inch size and appears primed for checking notifications on the go.

The secondary panel can also be used to take and reject calls, however, it doesn't allow you to respond to notifications, including messages directly from it.

Under the hood, there's a Snapdragon 855+ chipset with 8GB of RAM and 256GB of onboard storage. This should help provide it enough juice to power through anything and everything you throw at it. Keeping the lights on the device is a 3300mAh battery, which should be able to help the device last at least a single day on moderate usage.

Overall, the core specs and the design could come together to make the Galaxy Z Flip the first mainstream foldable device that many of us end up using as our daily drivers. And if that does end up being the case, it will be quite an achievement for the Galaxy Z Flip.