There are a number of new conditions and regulatory requirements that the government seeks to impose on social media companies. 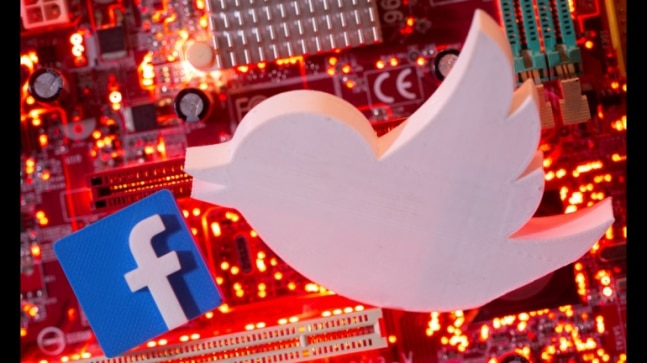 Three months ago, after a sort of dare from Twitter, the Central government quickly came out with a fresh set of IT rules. These rules are wide, giving the government incredible power over any company that deals in information and the content within India. Almost all internet companies, whether they are social media networks, messaging services, news organisations or even streaming services like Netflix, all have to follow the new rules. The deadline to do so, that is to comply with the new rules, expires tonight. In other words, one more day and it means a big headache ahead for companies like Twitter, Facebook, Instagram and WhatsApp.

But if they do not comply with the new rules they will always be at risk of a significant government action against them.

To understand this all, let's first take a quick look at what the government is asking.

There are a number of new conditions and regulatory requirements that the government seeks to impose on social media companies. But a few significant ones are:

2- The tech companies have also been asked to hire a nodal officer that will coordinate with law enforcement agencies 24 x 7 and whenever the government requires such coordination.

3- The social media companies have been asked to hire a grievance redressal officer, whom the social media users will be able to approach with their grievances if they have any.

4- And finally, companies like WhatsApp have been asked to ensure that they can trace a message to the original sender. Effectively this means breaking or circumventing end-to-end encryption on messages. Complying with such a request is incredibly challenging, if not outright impossible, for a service like WhatsApp.

There are more rules but most of them involve technological and policy changes that the tech companies have been told to implement. The above-mentioned 4 requirements, however, are more significant. When the government came out with the rules on February 25, it said that companies have three months to comply. This deadline is getting over tonight.

The big question then is: what happens next? Will Netflix be banned in India? Will the government ask WhatsApp to get out of the country and block the app in India? Will Twitter face legal action?

So far, most big tech companies have not yet complied with the new It rules. Netflix, though, has done it. Some other streaming services have also done it. Facebook, which also owns WhatsApp and Instagram, says that "we aim to comply with the provisions of the IT rules and continue to discuss a few of the issues which need more engagement with the government."

But what if they fail to comply or cannot comply? Government hasn't specified much, beyond putting out a vague statement in its rules. Here is what it says:

What does this mean?

To know this we need to understand what is the sub-section (1) of Section 79 of the IT Act. Well, this clause in the IT Act gives protection to social media companies and web services by making them "intermediaries". This means they are not responsible for user content.

So, what the government is saying here is that if a Twitter, Facebook, Google, WhatsApp or any other social media company do not follow the new rules they will lose the protection that "intermediaries" get in the IT Act. Once they lose this protection, they can then be dragged into a court and prosecuted using the applicable laws.

In other words, like the new intermediary rules, the provisions for the punishment for not complying with the rules are also fairly broad and opaque.

What does this all mean for users?

Nothing much in the short term. Twitter, whether it manages to comply with the new rules tonight or not, will continue to work in India tomorrow. Same with WhatsApp, Facebook, Netflix, Instagram or for that matter any other service.

If the government does decide to move against them, the action is unlikely to be blocking the services. Instead, it is likely to take other punitive measures.

In the long term, however, there could be several other implications Indian internet users. In the long term, the rules may make services like Twitter and WhatsApp less private, giving users less anonymity and less safety from surveillance.

But as far as May 26 is concerned, don't worry: tweets will continue to flow tomorrow, and WhatsApp good morning messages will still come.