For now, this is just a proposal and Microsoft may discard these design trinkets. 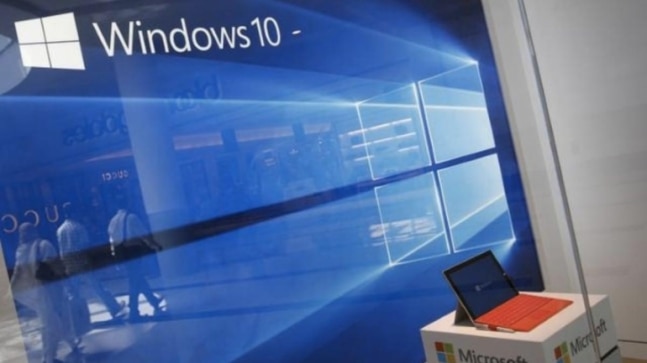 Microsoft pulled out all the stops when it said its Windows 10 platform is the most advanced one. This also meant that the company will not launch successive OS versions. Instead, it will keep pushing several changes - both big and small - to polish the Windows 10. Among these changes is the design upgrade that has kept Microsoft busy for a long time now. And we are now seeing what could be some of those changes that Windows 10 will likely have going forward. The company is changing how apps look in their dynamic state, along with several other changes to small elements in the design.

According to the proposal document posted by Microsoft on GitHub, spotted by WindowsLatest, the big UI refresh in Windows 10 might arrive sometime in 2021. Although the changes have been mentioned in the proposal right now, meaning there is no testing going right now. There will be changes to the ListView, GridView, and majorly to the XAML apps that are available from the Windows Store. The biggest reason is the "inconsistency" between the controls meant for XAML apps and their counterparts on web and mobile apps.

Microsoft may be planning to redo how the toggle switch, slider, and rating controls look right now in the XAML apps, according to the proposal document. All in all, the company is looking to weed out any inconsistency between how different app versions look with this UI overhaul. There will be more design changes that Microsoft will keep adding to the document, including rounded windows, buttons, toggles, sliders, dialog boxes, ListView, GridView, and selection menu on Windows 10. Moreover, there will be elements from the Fluent Design that Windows 10 currently has in hover effects or any other non-rest state. Microsoft is also addressing the interface issue in the flyout mode.

For now, this is just a proposal and Microsoft may discard these design trinkets. It is equally possible this UI change is finalised and undergoes testing before Microsoft begins rolling it out to Windows 10 users globally.

The last major change to Windows 10 came last year when Microsoft began testing the new Start menu and some other elements. Microsoft replaced the solid colours behind the logos on the tiles in the Start menu with a transparent background with uniform colour. Microsoft says the new design for the Start Menu is more in line with the company's Fluent Design in icons for Office and Microsoft Edge, and other native apps such as Calculator, Calendar, and more. It is a more streamlined look that borrows its elements from the update to Windows 10 rolled out in February.

Both light and dark modes are supported by the new design, as well. However, Microsoft is also letting users customise the Start menu with their choice of colour. The colour customisation will only work with the dark mode and users can set colours by delving into Settings, then Personalization, and finally, the Color setting. The hues seem to radiate to the entire Start menu and the taskbar, as well.