Microsoft is rolling out the Windows 10 October 2020 update gradually to users, which means only a few will get it before everyone else. 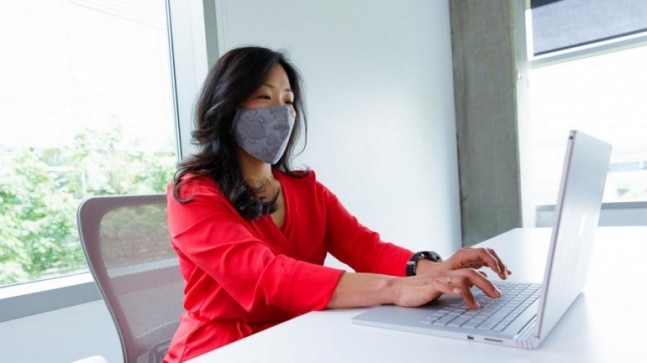 Window 10 October 2020 update is now rolling out to PCs and laptops today. Microsoft's latest update for Windows 10 is not a major upgrade, instead, it is like a Service Pack that was released last year, as well. But you are getting some serious upgrades in design. The Start menu is getting a makeover, there is new Alt-Tab functionality, and the inclusion of Chromium-based Microsoft Edge browser in the update.

Microsoft is continually making changes to its Windows 10 either to introduce features but some of these changes are focused on visual appeal. A major part of that is the refreshed Start menu. The Windows 10 October 2020 update brings transparent background to tiles in the Start menu while the solid colour design has been gotten rid of. Everything else is the same as before but the Start menu looks a little less boring now. Transparent background also aids finding apps easily, specifically those with dark app icons.

Another update that should add to your Windows 10 experience is the revamped Alt-Tab menu. Unlike previously when pressing Alt-Tab allows you to switch between desktop apps, the new one will also let you cycle between Microsoft Edge browser tabs. In case you are not convinced by this change, you can anytime reverse to the classic Alt-Tab functionality by navigating to Settings.

Microsoft is also allowing Windows 10 users to finally choose the display refresh rate. A new section called 'Refresh Rate' has been added to Display settings where you can choose the refresh rate for your laptop screen or monitor. This is particularly useful for gamers who have had played games at the mercy of Windows own choice of refresh rate for displays. Several times Windows will not switch to the high refresh rate by default and even users tend to forget that because of the lack of an easily accessible setting.

Windows 10 October 2020 update also brings app logos for notifications to make it easier on your visual attention. The taskbar on Windows 10 is more relaxed and freer of any clutter. And the tablet mode does not show a notification when using the 2-in-1 laptop anymore.

Microsoft's latest Windows 10 update is rolling out, but everyone might not get it immediately. It is a phased rollout, meaning the update is released to fractions of users before the rest and so forth. But considering everybody is relying on their PCs and laptops more than ever in their post-covid lives, Microsoft should make the rollout happen for everyone as quickly as possible.

iPhone 12 Pro so expensive in India that you can fly to Dubai to buy it, come back, and still save money