Along with unveiling the iOS 14, Apple also announced two major features for the AirPods and AirPods Pro. The Apple AirPods Pro 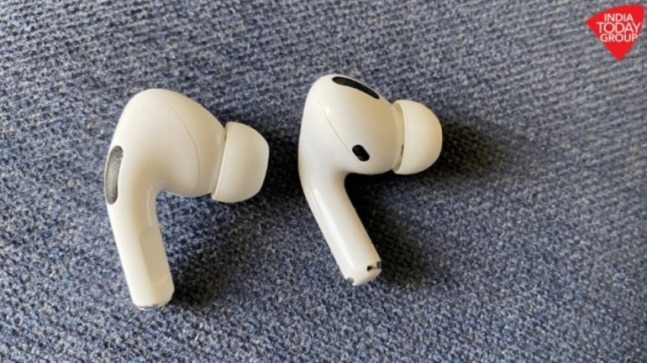 Apple's annual Worldwide Developers Conference took place on Monday in an online event. Along with unveiling the iOS 14, Apple also announced two major features for the AirPods and AirPods Pro. The Apple AirPods Pro will be getting a new "Spatial Audio" feature for 3D sound while both the AirPods Pro and the AirPods will get the much-awaited automatic-switching feature.

The AirPods Pro second-gen, AirPods will be getting the automatic switching feature between devices which allows the AirPods to switch between Apple devices. The update will also come to Powerbeats, Powerbeats Pro, and Beats Solo ProFor instance, if you have connected your earbuds to your iPad, you can also connect it to your iPhone without disconnecting the device from the iPad. So in that case, If you are listening to a song on your iPhone and then you simultaneously start watching videos on your iPad, the automatic switching feature will allow your AirPods to switch over to the iPad from the phone. Similarly, if you get a call on your iPhone while you are still watching a video on your iPad, the audio feed would switch over to the phone. The updates will be made available through a firmware update.

Apart from this, Apple also announced a "Spatial Audio" feature for its AirPods Pro earbuds only. The new feature with dynamic head tracking would bring a theatre-like experience to the Apple AirPods Pro. Users will be able to enjoy 3D, surround sound-style audio just the way they do in movie theatres. There won't be anything called the left or right stereo as the audio will be around you. This would be due to the true 5.1 surround form. The audio will entirely depend on the content you are watching. For instance, if you are watching a movie that shows bike racing in the background, the spatial audio feature will make its sound as though the bike is actually behind you.

The Spatial Audio feature will let the AirPods Pro track the motion of your head and the device that you are using. So if you turn your iPad to the left, the AirPods Pro would make sure that the sound is originating from the correct direction.

This isn't all, Apple is also bringing the AirPods audio sharing feature for Apple TV, which would allow two users to watch a movie together. Apple hasn't revealed when the new features will be rolling out.