X50 and X50 Pro: Why Vivo's new flagships are worth buying

Launched at aggressive price points for the premium segment of the market, the two represent impressive deals for those looking to go big with their next smartphone. Up until a few weeks ago, Vivo had curtailed its presence in India to only the mid and budget segments of the market. Till then, the company had focused on making a name for itself in the offline section of the market where it has become a hit for its value for money phones that also look good while bringing competitive specs to the table.

However, with the launch of the Vivo X50 series of phones earlier last month, Vivo pretty much changed the game as it announced its first blue blood flagships in India -- the X50 and the X50 Pro. While the two differ slightly in terms of camera specs, both essentially feature almost the same design, and pretty much the same overall core specs.

Launched at aggressive price points for the premium segment of the market, the two represent impressive deals for those looking to go big with their next smartphone. The Vivo X50 was launched in India in two -- 8GB+128GB and 8GB+256GB RAM and storage -- variants. For the X50, the pricing begins at Rs 34,990 for the entry variant and goes up to Rs 37,990 for the higher end one. On the other hand, the X50 Pro is only available in a single variant, which will start a price of Rs 49,990.

There are some major differences in design between the Vivo X50 and X50 Pro, however, what unites the two flagship phones is the fact that the design and the craftsmanship of both phones is not second to nothing that exists in the market right now. Both the phones feature a modern-day compact form factor, a slim profile and clean lines that make them look like absolute works of art when you hold them in your palm.

While it's true that the design language is nothing groundbreaking -- especially on the X50 -- what truly sets the phones apart from the crowd is the attention to detail that's been put into bringing all the design elements together with the X50 Pro.

Vivo has also managed to make both the phones pretty much even in the design department. While the regular X50 does not feature the curved display found on the X50 Pro, the fact that it gets a thinner frame than the X50 Pro's already slim frame makes the two phones capable of being called equally good looking in their own right. Crafted out of the glass at the front and another sheet of frosted one at the back, both phones feel extremely premium in the hand, making these two great options for purchase. 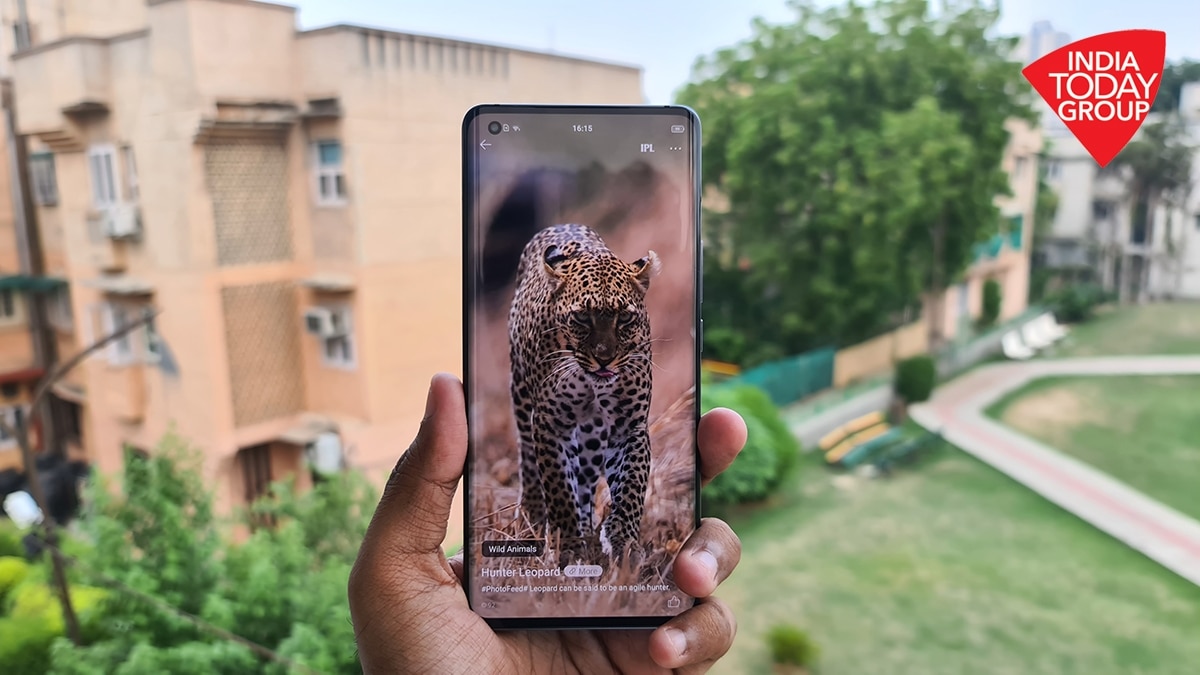 In terms of hardware, both the phones are again quite well equipped. Vivo X50 Pro gets a 6.56-inch curved 90Hz OLED display with a maximum resolution of 1080 x 2376 pixels. In comparison, the X50 gets a flat 6.56-inch AMOLED panel which runs the same resolution natively, as well as refresh at the same high rate. Both displays use Samsung AMOLED panels that are a delight to use. They produce punchy colours that not only fill every frame with vibrancy but also offers deep blacks.

On the X50 Pro, Vivo has included the Gimbal Camera System for the primary 48-megapixel Sony IMX598 sensor that offers an f/1.6 aperture. The other lenses on the phone include a 13-megapixel lens, an 8-megapixel telephoto lens, and an 8-megapixel ultra-wide-angle lens.

The X50 on the other hand, gets a triple camera system, with the same primary lens but no gimbal stablisation. There's a 5-megapixel macro lens and a 13-megapixel Boken lens to complete the set-up. While this setup is interesting, the focus definitely has to go back to the X50 Pro which offers really impressive camera performance that punches well above its segment.

This is because of its most interesting feature, one that's understandably reserved only for the X50 Pro -- the Gimbal Camera System. This stablisation system "offers 300 per cent better performance" than normal OIS systems on phones. It promises to reduce the ill effects of the user's hand shaking while clicking a picture. The end result is generally blur-free and better pictures than what competing phones can capture.