Ahead of the event, Xiaomi has shared a number of teasers that confirm some of the announcements it will be making on the day. 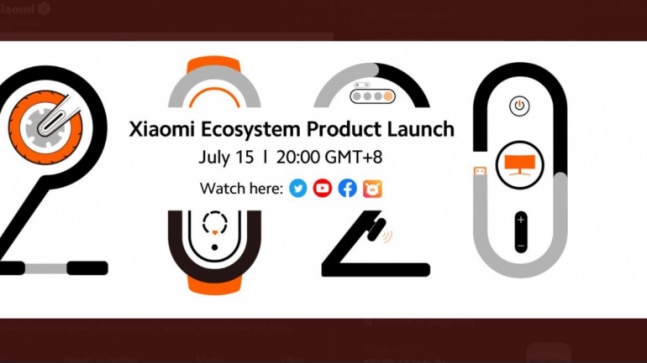 Xiaomi has announced that it will host its Global Ecosystem Product Launch event on July 15. The event is expected to serve as the platform where Xiaomi makes a number of announcements, and unveils a host of new products including products such as the Mi Smart Band 5, Mi Electric Scooter and the Mi TV Stick among others.

The event is scheduled to be live streamed at 5:30PM IST on Wednesday, with Xiaomi's official Twitter, Facebook, YouTube and Mi Community accounts hosting the streams live. Ahead of the launch, Xiaomi has teased the event a number of times, and in the process also confirmed that it will be launching the Mi Smart Band 5, Mi TV Stick and the Mi Electric Scooter at the event.

While the company stopped right there and did not divulge any more information about the product. But from what was revealed, we can make out that the Mi TV Stick will come with support for Android as it brings a Google Assistant button on the remote -- although there is no clarity on whether the Mi TV Stick will run regular Android TV or a forked version of it.

Interestingly, this reveal came shortly after the Mi TV Stick had seen itself be listed on Gearbest where the details pointed to Android 9 on the device. The listing also mentioned an $80 price for the Mi TV Stick.

The other big launch from the event could be the Mi Band 5. The much-awaited successor to the Mi Band 4 was announced in China earlier, and as such we know all about its specs. The device comes with some notable upgrades. The basic design remains similar to the Mi Band 4 but the internals have been upgraded to reflect the generational upgrade.

The Mi Band 5 also gets a new 1.2-inch OLED display with a touch button below it. There are a total of 11 fitness tracking modes and women can also track their menstrual cycles with the band. There's also a PAI functionality added to the Mi Band 5, similar to the trackers from Amazfit. Sleep tracking is present too and Xiaomi says that with an improved processor, the data should be more accurate.

The Mi Scooter 1s could also be launched globally at the event. The Mi Scooter was launched in China in April and comes with a 500W DC brushless motor which can reach a top speed of 25 kilometers per hour. There are also 8.5-inch shock-absorbing tires.