Xiaomi is now rumoured to be working on two flagship-grade smartphones with 120Hz refresh rate displays. 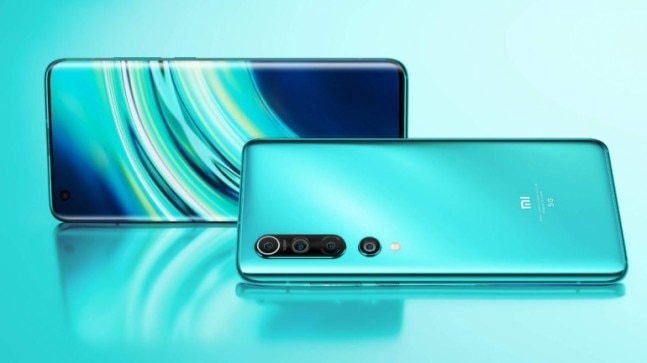 Xiaomi launched its Mi 10 flagship last Friday and many of you might be wondering why it chose to stick to 90Hz panels. Well, nobody knows the reason behind that but it seems that Xiaomi doesn't want to be left behind. Hence, the company is now rumoured to be working on two flagship-grade smartphones that may end up with a 120Hz refresh rate panel. The hint comes from popular Chinese tipster Digital Chat Station on Weibo.

In his/her latest post, Digital Chat Station mentions that Xiaomi is working on two new smartphones that are going to come with the trendy 120Hz refresh rate screens. These phones will have curved edge displays similar to the Mi 10 series. Currently, Xiaomi is not yet known to be announcing a new flagship, given that its Mi 10 flagship is reaching several markets as we speak. That said, it could be for an upcoming premium phone.

While several speculations hint at these two phones being the Mi MIX 4, we feel that Xiaomi may prepare these devices as the T version of the Mi 10 series. Similar to OnePlus and Samsung, Xiaomi now releases two iterations of its flagship phones. Last year, the Mi 9 was released in several markets and within a few months, Xiaomi announced the Mi 9T series in European markets. Chances are that Xiaomi is doing the same with the Mi 10 series this year.

Unlike last year, rumours have it that Qualcomm is not planning any Snapdragon 865 Plus chip this year. Hence, most brands will have to rely on their own upgrades for their secondary yearly upgrade. The Mi 10T series could get the 120Hz panels as an upgrade over the regular models, both of which are limited to 90Hz. 120Hz refresh rate in smartphone screens is quite a trend this year that most brands are following. OnePlus made the move to 120Hz panel with its OnePlus 8 Pro this year. Samsung upgraded its entire Galaxy S20 series to 120Hz AMOLED panel from the 60Hz panels of the last year's models. Asus offered a 120Hz display on its ROG Phone 2 last year. Poco, which came apart from Xiaomi, also offers a 120Hz LCD panel on the Poco X2.

Of course, the panel that Xiaomi will be using will adhere to higher colour standards similar to what's available on the OnePlus 8 Pro. Xiaomi is also most likely to have a single cutout inside the display for holding the front camera.

If these phones belong to the MIX series, then Xiaomi could even debut its much-rumoured in-display camera technology this year that could hide the camera when not needed. However, these are all rumours and speculations at the moment and until Xiaomi announced anything officially, we should take these with a grain of salt.