Xiaomi has also shared the retail packaging of the Mi 11 showing off a box with a minimalistic design. 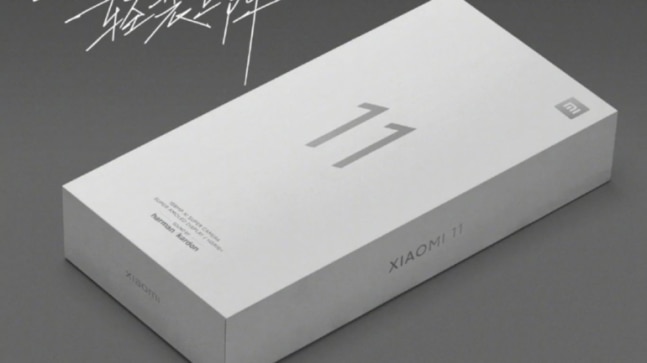 Xiaomi is all set to launch its flagship, Mi 11 smartphone in China tomorrow. The phone is tipped to be accompanied by a slightly more premium Mi 11 Pro at the launch. And ahead of the phones becoming real, Xiaomi's CEO, Lei Jun, has confirmed that the company will go the Apple way and not bundle a charger in the retail packaging of the phone.

While making the announcement, Jun also shared the retail packaging of the Mi 11 showing off a rather simple looking pack with a minimalistic design and the number 11 written on it. Apart from this, the company revealed nothing new about the device. However, there is enough information we already know about the device.

Earlier, the pricing of the Mi 11 had also leaked online. Courtesy of a fresh leak from China, the Mi 11 has been tipped to be made available for purchase at a starting price of CNY4,500 or $687/565 for the 8/128GB option. While there's no word on the Indian pricing, this should translate to around Rs 50,000.

Further, leaks have suggested the Mi 11 will come with a triple camera set-up with a primary 108-megapixel lens. The secondary lens in the camera setup will be an ultrawide lens. Completing the set-up here could be a third lens on the Mi 11 which will support up to 30x zoom.