While there is no confirmation yet, it is expected Xiaomi could launch the new MI MIX series phone later this year. 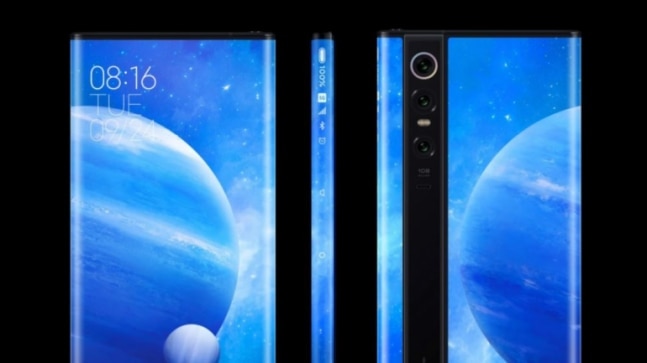 Xiaomi launched its Mi 11 flagship smartphone only a few weeks ago, and since then it has been met with great cheer. The Mi 11 is soon expected to be followed by a more powerful flagship, the Mi 11 Pro. The device is expected to be launched sometime this month, but while we wait for an official confirmation on the same, Xiaomi's CEO, Lei Jun, has confirmed plans for a far ambitious project.

Jun has hinted that the company is gearing up to launch a new Mi MIX series smartphone, after a gap of about two years. The phone will reportedly be the most expensive phone from the Chinese company to date, so it will be interesting to see what it offers over and above the Mi 11 Pro.

In a post on Weibo, Jun asked users if they would be willing to buy a smartphone worth 10,000 yuan and further quizzed them on their expectations from it. While there is no guarantee about the phone, the expectation is that it is indeed the Mi MIX series smartphone, expected to launch this year. Interestingly, it won't be like the Mi MIX Alpha smartphone, which was essentially a concept phone and will be mass-produced and sold commercially.

For now, little remains known about the device, however, reports suggest the company could be opting for a foldable design that can be opened and closed like a book. As such, the device could very well end up being the first foldable smartphone from Xiaomi.

Interestingly, Jun's post on Weibo comes barely days after a new foldable device was spotted in the hands of a user inside a subway in China. The device looks quite similar to the one that was showcased by Xiaomi's VP a few years ago. However, this one appears to bring with itself a bigger display than the one we had seen before. The new device appears to be covered by a protective casing and by looks of it seems to be an engineering prototype of the final device.

In a leaked picture, the device was seen running MIUI12 OS and also using a similar in-folding screen as we had seen on the Galaxy Z Fold. This makes sense as in the past we've heard rumours about Xiaomi's foldable phones using UTG (ultra-thin flexible glass) technology from Samsung. Apart from this, the images also show the phone could be quite bulky even when folded.