Xiaomi has unveiled a number of new products at its global launch event. Here is everything you need to know about them. 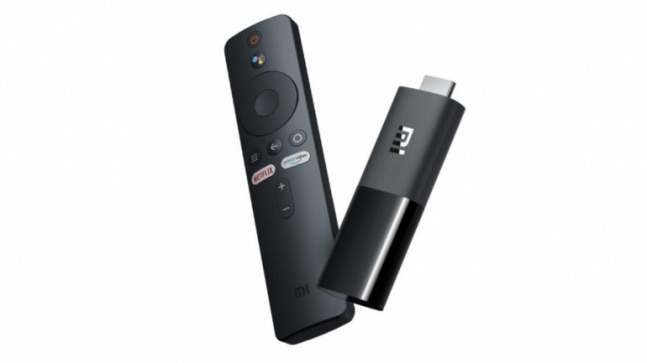 Xiaomi has finally launched a number of products at its Global Ecosystem Product Launch event for the year. At the launch, the company made global some products that it had previously launched in its Chinese market, while also announcing a few products that are entirely new. At the event, Xiaomi unveiled the Mi TV Stick, the global variant of the Mi Band 5 -- Mi Smart Band 5 -- and a new pair of Mi True Wireless earphones.

Among these, the Mi TV Stick is the standout announcement. The Mi Stick TV is a small dongle and comes to the market as a portable streaming device to take on the likes of Amazon Fire Stick. The device brings with itself a quad-core CPU, 1GB of RAM, and 8GB of internal storage. The device comes with supports for 1080p video output and Dolby and DTS surround sound. It runs Android TV based on Android Pie.

The Mi TV Stick global has launched for EUR 39.99 (roughly Rs. 3,400) for the single 1080p variant. However, Xiaomi has also not yet clarified the Mi TV Stick's India launch or pricing date yet.

Apart from these, the company has also launched the Mi Smart Band 5, which was announced earlier in China as the Mi Band 5. The band is now being launched in global markets with a slightly tweaked name and some differences in the feature list. Sadly, the changes in the feature list are all in the negatives, with NFC and blood oxygen tracking being given a miss on the international variant.

Apart from this, the band features the same hardware, with a 1.1-inch AMOLED display, 14-day battery life, heart-rate monitoring, 11 tracking modes, and more. As for the price, the Mi Smart Band 5 has been announced to start retail at 39.99 (~$50) across Europe and it's available in five colors: black, yellow, blue, orange, teal, and green.