Xiaomi Mi 10 coming on May 8: Should you wait or get the OnePlus 8 Pro?

The Mi 10 is going to be launched on May 8 and based on what we know, it could cost as much as the OnePlus 8 Pro. Which one should you choose? 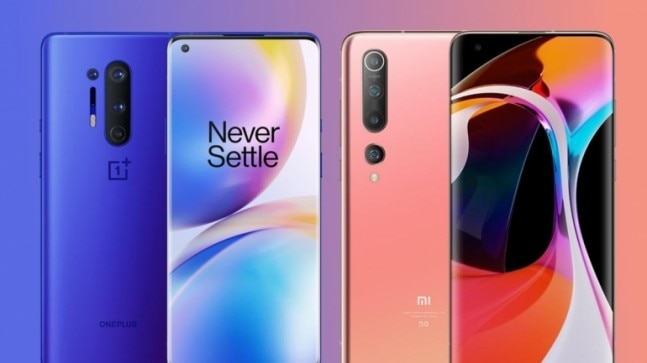 It's raining premium phones these days. Despite COVID-19 bringing the world to a screeching halt, OnePlus announced its OnePlus 8 series and despite adding vast upgrades, it managed to keep Indian consumers happy with lower pricing. The OnePlus 8 Pro is especially the one that attracts the most, be it with its design or its outrageous specifications. In fact, if you have been wanting to spend megabucks on a premium phone this year without compromising on value, it's difficult to look past anything beyond the OnePlus 8 Pro.

Xiaomi, however, thinks otherwise. It feels that it can do better than OnePlus in the flagship smartphone space with its Mi 10. The phone is launching on May 8 and as far as we know, it's going to cost as much as the OnePlus 8 Pro. Similar to OnePlus, Xiaomi hasn't left a single stone unturned on the Mi 10. It brings all the high-end features you expect in an Android flagship in 2020 and adds some India-specific upgrades as well.

It could be a while before we get to try both of these phones to give you our two cents on which one is better but until that happens, we can compare these based on what we know so far. Should you buy the OnePlus 8 Pro or try your luck and go for the Mi 10?

OnePlus 8 Pro vs Xiaomi Mi 10: How do these compare

If we remove the brand logos from these two, you will be hard-pressed to figure out the differences between these two. Curved screen with punch-hole cutouts for the cameras is a staple for all premium Android phones in 2020. Both the phones have a 6.67-inch display with similar layout. It's the rear where things are different.

The Xiaomi Mi 10 has a vertically stacked quad-camera layout positioned to the extreme left whereas the OnePlus 8 Pro has its camera vertically stacked in the centre. With both having matte colour schemes, we pick the OnePlus 8 Pro for its balanced design over the Mi 10. The bulky camera hump does stand out in a sea of phones with squarish camera humps.

While both have curved AMOLED screens, it's the OnePlus 8 Pro that's superior in every aspect. The display has a better JNCD rating than the Mi 10 and the 120Hz refresh rate is bound to be more of an eye-candy over the Mi 10's 90Hz screen. Additionally, OnePlus has baked in its MEMC technology to upscale low fps content. If you are looking for the best display experience, look no further than the OnePlus 8 Pro.

When it comes to just the basic specifications, both the Mi 10 and OnePlus 8 Pro are evenly matched. Both of them use the Snapdragon 865, both support 5G networks, both offer up to 12GB RAM and 256GB storage, and the combo of UFS 3.0 as well as LPDDR5 RAM is common as well.

The difference lies in the user experience. Xiaomi relies on its MIUI 11 based on Android 10 and those of you using Xiaomi phones know its benefits. MIUI is focused on customisation and with each iterative upgrade, it keeps getting new features. Xiaomi India has clarified that MIUI 11 will have no ads on Mi 10 and it will use some of Google's apps to offer a better user experience.

OnePlus, on the other hand, offers its fan favourite Oxygen OS experience. Oxygen OS is undoubtedly the best iteration of Android we have seen, with a focus on fluid performance. The UI has a minimalist approach with minimal bloatware. OnePlus also has a reputation of supporting its phones for the longest time possible.

That's not all. OnePlus continues to extend its lead with IP68 certification for water and dust resistance. That said, the Mi 10 has a dedicated dual stereo speaker system whereas OnePlus relies on the earpiece for the same.

On the whole, it's advantage OnePlus again, but by a small margin. The Xiaomi Mi 10 has its own set of benefits over the OnePlus device.

Cameras: We need to test them

Yes, until we try these out for ourselves, we won't give out a definitive verdict. Xiaomi raises eyebrows with its 108-megapixel main camera that promises superior imaging capabilities in all lighting conditions. The Mi 10 also offers a 2-megapixel macro camera, a 13-megapixel wide-angle camera and a depth camera. This setup seems promising, although OnePlus has a more versatile setup on its hand.

The OnePlus 8 Pro does not have big numbers but it uses proven hardware. You get a 48-megapixel main camera using the Sony IMX689 sensor that's paired with another 48-megapixel Sony IMX586 camera acting as the wide-angle camera. This combination promises great results. However, you also get an 8-megapixel telephoto camera with 3X optical zoom and a Colour Filter camera, thereby completing the checkboxes a smartphone photographer deems as necessary.

This is where Xiaomi draws a narrow lead over the OnePlus 8 Pro. The Mi 10 relies on its 4780mAh battery that supported by 30W wired and wireless charging. The Mi 10 even gets 10W reverse wireless charging. This with the 90Hz display should give good battery life. Hence, if you are someone who needs a quick top-up throughout the day, the Mi 10 seems better.

That said, the OnePlus 8 Pro is no slouch. With the OnePlus, you get a 4510mAh battery that's also supported by both 30W wired and wireless fast charging. The 8 Pro can also reverse wireless charging but at speeds of 3W. Given that you have 120Hz Quad HD+ display, the battery hit is going to be higher. However, OnePlus says that with its Oxygen OS optimisations, you can expect a full day's backup.