The Xiaomi Mi 10 is a flagship device that brings with itself the best in class specs and a premium design language. 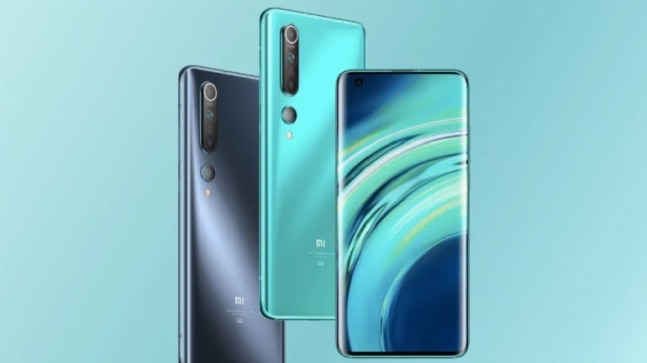 After a long wait, Xiaomi's flagship, the Mi 10 has gone up for sale in India. The phone was finally launched in the country earlier this month and has since been up for pre-orders. However, starting today the Mi 10 has now gone on sale in the country and can be purchased across platforms -- including Mi.com, Amazon India and retail stores.

The phone had remained available for pre-orders, with the company extending exciting deals which saw it offer the Mi Wireless Powerbank for free and even offer cashback of Rs 3,000 to HDFC Bank customers on the purchase of the phone. While the power bank isn't being bundled with the phone anymore, the bank discount and option of No Cost EMI starting from Rs 8,333 per month on payments made through leading banks is still available for buyers.

Xiaomi has launched the Mi 10 in India in two variants with 8GB of LPDDR5 RAM and 128GB/256GB of storage. The entry variant of the phone is available for Rs 49,999 while the higher variant has been launched for Rs 54,999. Although it's the most expensive Xiaomi smartphone in India at the moment, it still sits favourably when compared to competing players in the market. The variants will be available in two colours -- Coral Green and Twilight Grey.

Getting to the specifications, the Xiaomi Mi 10 is a flagship device that brings with itself the best in class specs and a premium design language. On the outside, it gets a 6.67-inch 1080p AMOLED display with curved edges working at a fast refresh rate of 90Hz. Xiaomi also claims the panel can go up to brightness levels of 1120 nits and process high touch refresh rate of 180Hz.

Underneath the hood, there's a Qualcomm Snapdragon 865 chipset with support for 5G basebands. The chipset has been paired with 12GB of LPDDR5 RAM and 256GB of storage. The phone comes with Wi-Fi 6 for faster download speeds. To keep the device cool, Xiaomi has announced a bigger liquid cooling system that covers an area of 3000sqmm.

Keeping the lights on is a 4780mAh battery that comes with support for 30W fast and 30W wireless charging and there's even a 10W reverse wireless charging system. Xiaomi claims the phone can be charged to 100 per cent within 69 minutes.

Mi True Wireless Earphones 2 launch offer extended till May 20, you can pre-order from Red zones too