The Xiaomi Mi 10 has been spotted in a brief hands-on video, showing the design as well as the user interface. The Mi 10 will launch on February 13 in China. It's only a matter of few hours before Xiaomi reveals its first flagship phone for 2020 and it has already made its presence in a hands-on video. Yes, there's already a hands-on video on the Xiaomi Mi 10 on YouTube and it has already given a glimpse of the phone's design. The video shows the design of the Mi 10 from all the sides and it looks more premium than the previous generation Mi series flagship phones.

The Xiaomi Mi 10 shown in the video has a massive narrow-bezel display. The device seems to have extremely narrow bezels on all the sides and even the chin is quite slim. The display has curved edges on either side while the punch-hole cutout for the selfie camera stay on the top-left corner. The video shows the user navigating around the MIUI interface and opening the dialer app. The phone appears to be snappy in the video.

The video also shows the phone from the back and as the leaked renders have shown us so far, the design is the same. The camera module is vertically mounted and is quite big with massive lenses. The design appears to be similar to the Mi Note 10 Pro launched previously. One of the cameras is the 108-megapixel camera from Samsung that Xiaomi claims will impress everyone with its DxOMark scores. 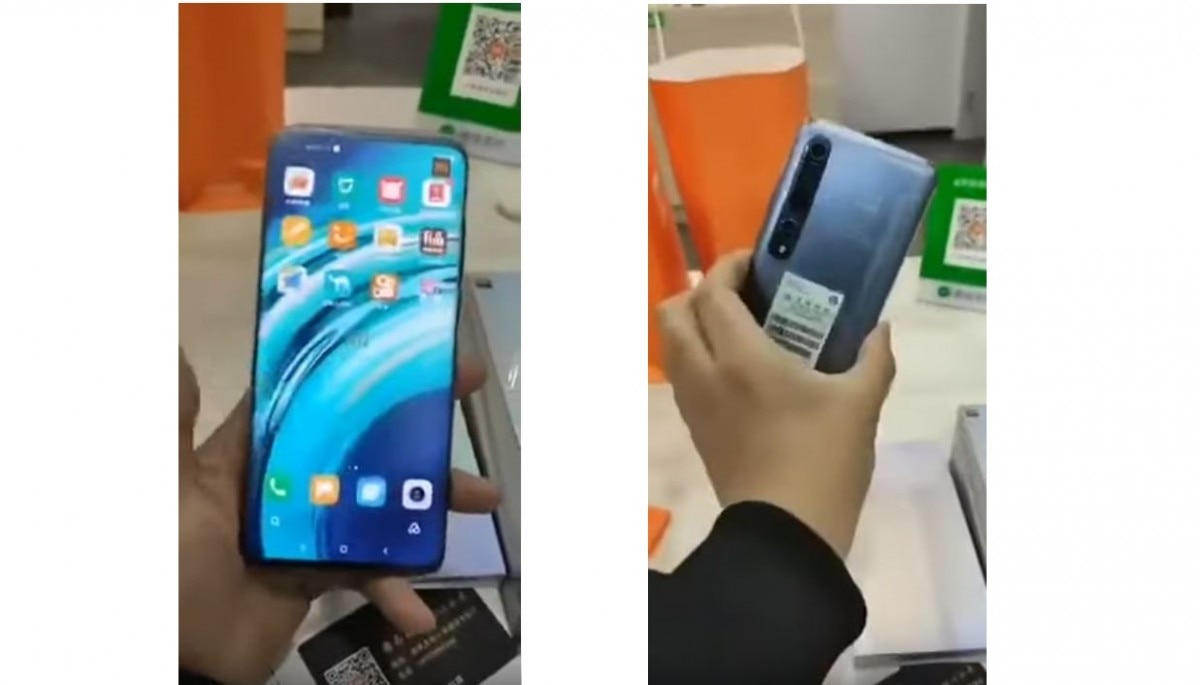 Xiaomi has confirmed a few specifications about the Mi 10 so far. The Mi 10 will come with a flagship-grade Qualcomm Snapdragon 865 chipset which will also bring support for 5G connectivity - thanks to the Snapdragon X55 5G chipset. The display will use an AMOLED panel with a refresh rate of 90Hz and it will have curved edges on either side. The

Xiaomi will likely bring the Mi 10 to the Indian shores later this year and chances are that it will push Xiaomi's game to the same level where brands like OnePlus and Samsung exist. OnePlus is expected to come up with the OnePlus 8 in the next few weeks whereas Samsung will bring its Galaxy S20 series to India in early March.