Xiaomi has hinted at the launch of the Mi 10 flagship for India very soon. The Mi 10 will be imported from China and hence, could be more expensive in India than China. 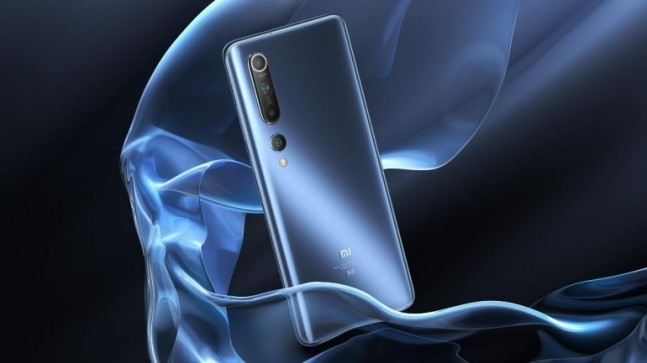 It has been four months since Xiaomi changed its Twitter handle to #108MPisComing but there seems to be something happening on this front finally. Xiaomi India's Manu Kumar Jain has just confirmed that the company will be bringing its flagship phone experience with a 108-megapixel camera. While the name of the phone hasn't been shared yet, it is not difficult to figure out that Xiaomi is talking about the Mi 10 flagship that was launched in China last month.

In a series of Twitter posts, Xiaomi's VP Manu Kumar Jain has confirmed that the company will be announcing a phone with a 108-megapixel camera. The name of the device hasn't been disclosed yet but based on the hints, it appears to be the Xiaomi Mi 10. The Mi 10 is the most advanced phone (second the Mi MIX Alpha) Xiaomi makes and it will mark Xiaomi's presence in the premium smartphone space this year.

However, before you assume that Xiaomi's Mi 10 will be replacing the Redmi K20 Pro in India, you need to read this. Jain stressed on the fact that the Mi 10 will be completely imported from China and that could drive up the costs of the product in India. Moreover, the higher GST rate along with a depreciating value of Indian Rupees means that Mi 10 will have completely different pricing in India than what it has in China.

The Mi 10's China pricing starts at approximately Rs 40,000 and if the import taxes along with new GST charges are applied, then the Mi 10 could easily climb up to the ranks of Samsung's Galaxy S20 series phones in India. Hence, Xiaomi's return to the flagship segment with its Mi series flagship could be a lot more expensive than it is in China.

In another tweet, Amazon India hints that the Mi 10 will sell in India exclusively via its online store. Amazon could end up being the sole third-party seller of the Mi 10 in India apart from Xiaomi's own Mi.com. It is worthwhile to note that OnePlus also sells its phones via Amazon in India.

As of now, Jain says Xiaomi will keep on updating people about the pricing of the phone. However, the Mi 10 is bound to arrive in India at a premium that may put it up with the upcoming OnePlus 8 Pro and Samsung Galaxy S20 series. In an earlier tweet, Manu Jain said that Mi 10 requires state-of-art manufacturing facilities and India currently has none to support local production.

A couple of highlights on the Mi 10 include a 108-megapixel main camera at the back, a Snapdragon 865 chipset powering the phone and 30W fast wireless charging system.