The launch of the Mi 10 in India has been highly anticipated, with the device being the first flagship smartphone to be launched by the company in India for a number of years. 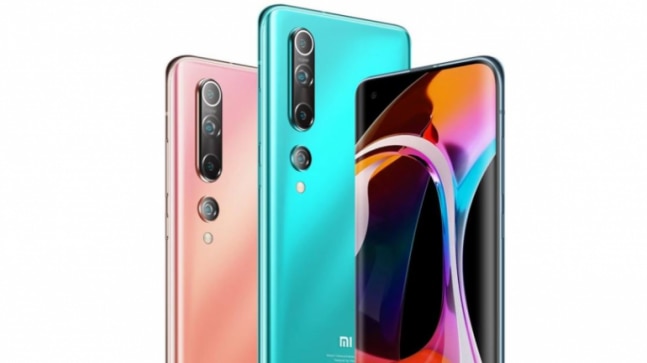 Xiaomi Mi 10 is set to be launched in India after a long wait. Initially scheduled to be brought to the country on March 31, the flagship from Xiaomi will now be announced for the Indian market today at a virtual event held by the company.

The launch of the Mi 10 in India has been highly anticipated, with the device being the first Mi series flagship smartphone to be launched by the company in India for a number of years. While Xiaomi smartphones are generally pegged at affordable price points by the company, the Mi 10 is expected to come flaunting one that's slightly premium -- even if still representing good value for the segment it is launched in.

India, however, isn't the first country to get the device, with the Mi 10 previously having been launched in Xiaomi's home country to much fanfare. At the launch event, the company is also expected to make some other announcements, with the phone maker also expected to launch a new pair of Xiaomi truly wireless earbuds, as well as its Android TV solution for non-smart TVs, the Mi Box.

The launch event is scheduled to go live at 12pm today and can be watched online on Xiaomi's YouTube channel, with the stream also being shared on its social media channels. For those interested in watching the event live, the event can be streamed from the link below.

Xiaomi Mi 10 launch: What you can expect

Talking about the Mi 10, the phone is expected to be very much in line with the variant launched in China. It will get a 6.67-inch 1080p AMOLED display with curved edges working at a refresh rate of 90Hz. Underneath there will be a Qualcomm Snapdragon 865 chipset with 5G support. The chipset will be paired with 8G/12GB RAM.

The cameras are the big highlight of the device, with the phone getting a 108-megapixel lens as the main unit that consists of a 1/1.33-inch sensor along with OIS. The second lens is a 13-megapixel ultra-wide camera with 123-degree FOV sat next to a 2-megapixel macro sensor and a 2-megapixel depth sensor.

Apart from this, the Mi 10 gets a 4780mAh battery that comes with support for 30W fast and 30W wireless charging and there's even a 10W reverse wireless charging system. Xiaomi claims the phone can be charged to 100 per cent within 69 minutes.

Zoom rolls out feature for admins to disable PMIs to curb zombombing, more tools slated for May 9