Xiaomi Mi 10 is coming to India soon: Why this OnePlus 8 Pro rival is worth waiting for

Xiaomi has given a launch date for the Mi 10 in India and for premium smartphone buyers, it could be a great deal despite carrying the Xiaomi tag. 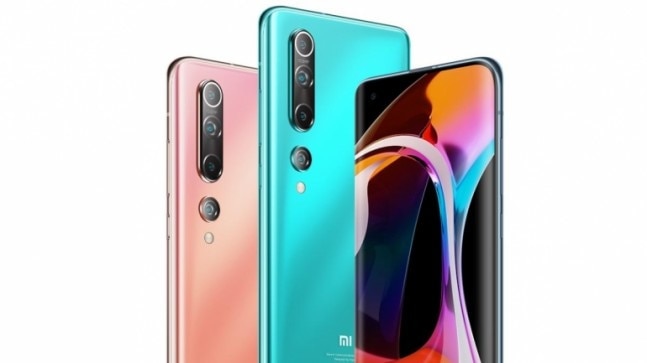 Xiaomi just got done with the Redmi Note 9 series launch in India but unlike previous years, it is willing to go upmarket this year with the Mi sub-brand. To make that happen, Xiaomi is gearing up to launch the Mi 10 flagship for the Indian market soon. The phone is, in fact, launching on March 31 and based on the hints given by Xiaomi so far, the Mi 10 could sit in the same price segment as Samsung's Galaxy S20 series and challenge the upcoming OnePlus 8 Pro.

This is for the first time Xiaomi is selling a phone in India that could cross the Rs 50,000 mark. Given that Xiaomi has a reputation for selling only affordable phones in India, the Mi 10 has a lot riding on its shoulders to shake off that image. Based on the China launch alone, it can be safely said that the Mi 10 is just more than an affordable Snapdragon 865-powered phone it is a full-blown flagship phone that's bringing some new technology to our markets.

Hence, if you are wondering whether the Xiaomi Mi 10 could make it in India with all it offers, here's a list of everything the Mi 10 is good at and why we think it could give this year's OnePlus flagships a run for their money.

Xiaomi Mi 10: How it's not a successor to the Redmi K20 Pro in India

With the Redmi K20 Pro, Xiaomi wanted to offer high-end specifications with premium design at a price that was accessible to the masses. As its successor, the Redmi K30 Pro will take over that mantle and soon, it could end up ruling the sub-Rs 30,000 segment. The Mi 10 has different intentions it's not about offering an affordable phone with high-end specs.

-The Mi 10 uses the same Snapdragon 865 chipset as most of the affordable premium phones like Realme X50 Pro 5G and iQOO 3 5G. However, instead of just offering raw performance, the Mi 10 will focus on refined user experience with a highly optimised MIUI 11 based on Android 10. MIUI offers the most number of customisation options compared to other custom interfaces.

-Most phones are offering high refresh rate panels these days, with phones like Poco X2 and Asus ROG Phone 2 offering 120Hz screens. The Mi 10 in comparison has a lower 90Hz panel but it has a JNCD rating of less than 0.55. This means that the screen on the Mi 10 is more colour accurate than the display on an iPhone 11 Pro. No other phone in India has such a better JNCD rating for the display so far. -The Mi 10 relies on a 4780mAh battery that's quite normal these days on an expensive phone. However, what's ground-breaking is the inclusion of 30W fast wired and wireless charging system. Yes, the Mi 10 comes with 30W wireless fast charging and it even gets a 10W reverse wireless charge system. If the Mi 10 Pro makes it to India, it bumps up the numbers massively 50W fast wired charging.

-The specifications tell half the story. Xiaomi has a name for great build quality for affordable smartphones and with the Mi 10, you can expect the build quality to be on a completely different level. Xiaomi will be directly importing the Mi 10 from China as none of its Indian manufacturing plants meets the quality requirements needed to make the Mi 10.