The Xiaomi Mi 10 will be launching in India on March 31 via an online event. The Mi 10 will be Xiaomi's flagship offering for the Indian market. 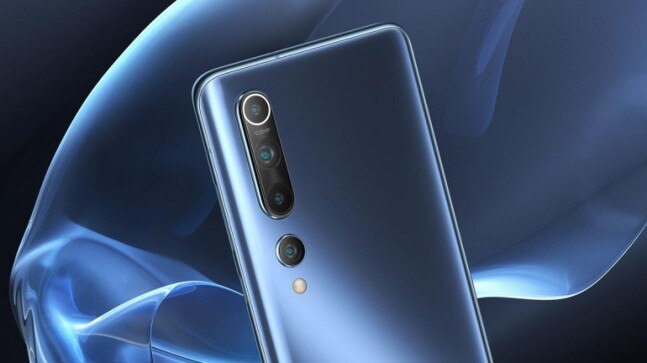 Less than 24 hours ago, Xiaomi announced that it is bringing its flagship smartphone experience with a 108-megapixel camera to the Indian market. While it did not require a scientist to decode what the company was hinting on, Xiaomi has now announced that it is bringing the Mi 10 flagship to our shores. The Mi 10 will be launching on March 31 and due to the coronavirus pandemic, the event will be live-streamed from 12:30 pm.

Xiaomi has made the product page for the Mi 10 live in India and so far, it's only talking about the 108-megapixel camera on the phone. The Mi 10 is one of the few phones in the world at the moment to feature a 108-megapixel camera along with the Samsung Galaxy S20 Ultra and the Mi MIX Alpha concept phone. Xiaomi is also teasing support for 8K video recording on the Mi 10, courtesy of the Snapdragon 865 chipset.

Even though Xiaomi is yet to announce the pricing of the Mi 10, it has floated a few bank offers that will make owning the phone easier on the pockets for Axis Bank users. Axis Bank customers will be able to avail a discount of Rs 2,500 with credit card EMI whereas a discount of Rs 2,000 will be available for debit card EMI. The pre-orders for the phone will begin from March 31 and will go on until April 7.

Previously, Xiaomi's VP Manu Kumar Jain had said in a Twitter post that the Mi 10 will end up with a different pricing strategy in India. The phone could end up being more expensive than China due to the direct import taxes along with the higher GST rates and the depreciating value of Indian Rupees. Hence, the Mi 10 could end up as a direct rival to phones like the Samsung Galaxy S20, iPhone 11 and the upcoming OnePlus 8 Pro.

While this could make the Mi 10 the most expensive phone from Xiaomi in India, there are a couple of features that justify its higher pricing. The Mi 10 will have a curved AMOLED display with 90Hz refresh rate and a better JNCD rating than the iPhone 11 Pro display. The Mi 10 also features 30W fast wireless charging along with 10W reverse wireless charging. The 108-megapixel camera is also a highlight feature on the Mi 10.

Working from home due to Covid-19: These are all software, apps, and hardware that you will need