The Xiaomi Mi 10 has been launched in China as Xiaomi's 2020 flagship offering. The Mi 10 is expected to come to India very soon. 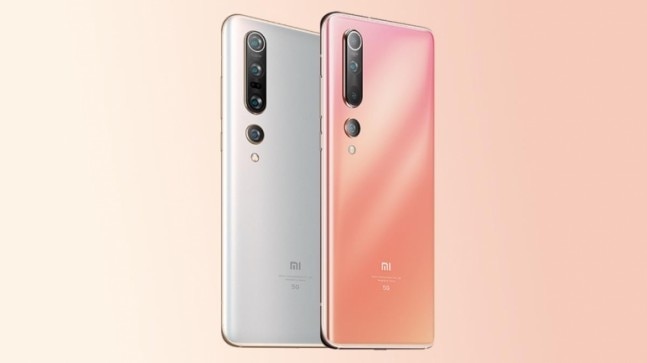 After teasing since the Qualcomm Snapdragon Summit in 2019, Xiaomi has finally unveiled its flagship phone for 2020. The Mi 10 series has been made public and as the leaks described, it indeed goes high on specifications that puts it up currently with the best smartphones in the world. Equipped with a Snapdragon 865 and an arsenal of powerful cameras, the Mi 10 series is the fastest phone Xiaomi has made. The phone has been launched in China and India might see it in a couple of weeks (or, maybe months). The regular Mi 10 has a lot of exciting stuff going for it. Xiaomi is offering a modern 6.67-inch AMOLED display that Xiaomi claims can go up to brightness levels of 1120 nits. The display supports refresh rate of 90Hz while the touch refresh rate is set at 180Hz. There are curved edges on the display and yes, there's a punch-hole cutout for the selfie camera. Xiaomi is using a 20-megapixel single camera for taking selfies.

When it comes to power, Xiaomi hasn't skipped anything. The Mi 10 gets the latest Qualcomm Snapdragon 865 chipset that's paired with UFS 3.0 type storage. Xiaomi has also upgraded the RAM to an LPDDR5 system and you get up to 12GB as standard. The phone also comes with support Wi-Fi 6 which means you can expect extremely fast download speeds. Xiaomi is using a bigger liquid cooling system that covers an area of 3000sqmm. The phone runs on the latest version of MIUI 11 and Xiaomi claims an AnTuTu score of 585,232, which is currently among the fastest Android phones in the world. Cameras are important on the Mi 10 and Xiaomi uses a 108-megapixel camera as the main unit that consists of a 1/1.33-inch sensor along with OIS. The second camera involves a 13-megapixel ultra wide camera with 123-degree FOV while the other cameras include a 2-megapixel macro sensor and a 2-megapixel depth sensor. Thanks to the Snapdragon 865, the Mi 10 can record 8K videos from its camera.

The Mi 10 Pro is quite similar to the Mi 10, with the same 6.67-inch display that has a JNCD rating of <0.55, which is better than the iPhone 11 Pro's display. The cameras get major upgrades in the form of a 108-megapixel main camera F1.6 lens that's paired with a 20-megapixel ultra-wide camera, a 12-megapixel short telephoto camera and a 8-megapixel long telephoto camera. DxOMark has rated the Mi 10 Pro camera at 124, making it the best camera phone for the time being. The battery is smaller at 4500mAh but it comes with a 50W fast wired charging system. It also gets the same 30W wireless and 10W reverse wireless charging but you can get the 65W wired charger to refill the phone faster.

iPhone 11 Pro gets a price cut in India: Here's how much the phone costs