Xiaomi is all set to launch its Mi 10 flagship phone in India on May 8. When launched, the Mi 10 will be up against the likes of the Samsung Galaxy S20. Here is a quick comparison of the two. Samsung launched its first flagships for 2020, the Galaxy S20 series earlier in February this year. The series brought with it three new phones, including the top of the line Galaxy S20 Ultra, its slightly smaller sibling, the Galaxy S20+, and the vanilla Galaxy S20. On May 8, these phones will be up against the Xiaomi Mi 10, which is going to be launched in India on that day.

While the Galaxy S20 Ultra initially hogged all the limelight, it soon became clear that it is the modest Galaxy S20 that provided better value for money to buyers. Since its launch, this flagship from Samsung has had to face stiff competition from a number of contenders, and now, it is gearing up to face competition from a new rival, the Xiaomi Mi 10 which is set to be launched in India on May 8.

With the India launch of this 108-megapixel camera totting device right around the corner, it will be interesting to see how it matches up to the Samsung Galaxy S20 -- a phone that itself has been talked about a lot for its photography prowess. Let's compare the two to find out how they match up in terms of specifications and features.

Both phones offer a premium design language, with metal and glass serving as the basic ingredients of choice in crafting them. However, there still are some major design differences between the two.

The biggest being the fact that there's a difference of about 5-inches of screen real estate between them, resulting in obvious difference in size and overall look and feel of the smartphones.

While the Galaxy S20 comes with a smaller frame that boasts of a 6.2-inch panel, the Mi 10 gets a bigger 6.67-inch display. The difference in size of the displays also sees the Galaxy S20 come across as much more compact device, one that's ideal for single-handed usage. The bigger screen, though, will result in better multimedia experience on the Mi 10.

In terms of size and dimensions, the Mi 10 is not only bigger but also heftier. The differences also spill over to the rear of the phones, with the two sporting starkly different looking camera set-ups.

Another point of differentiation between the two is the fact that the Galaxy S20 also brings the promise of IP68 water and dust proofing, while the Mi 10 gets no such certification, though Xiaomi says that it has some coating that will help it resist water splashes and dust. Apart from the obvious difference in panel size, there's a lot to differentiate the Galaxy S20 and Mi 10 in terms of display specs. While both use AMOLED screens that support HDR10+, the Galaxy S20's panel seems ahead because of its higher resolution -- maxing out at 1440 x 3200 -- compared to 1080 x 2340 for the Xiaomi Mi 10. The Samsung made panel on the Galaxy S20 also flaunts a much higher pixels density of 563ppi, compared to 386ppi on Mi 10, which is bound to be noticeable. The display rate is also higher -- 120Hz at FullHD+ -- in the Galaxy S20 compared to 90Hz refresh rate on the Mi 10, although this is something that may not be that apparent in real-world use.

As flagships from their brands, both phones pack high-end hardware that can run not only graphics-intensive games but also multitask without breaking a sweat.

For the Xiaomi Mi 10, this is achieved by pairing the current industry leader, the Snapdragon 865 with up to 12GB of RAM. Samsung, on the other hand, uses its in-house Exynos 990 chipset to power the phone. However, it only comes with 8GB of RAM.

Then there is the software. The Galaxy S20 uses Android 10 customised with One UI 2. The Mi 10 is going to use MIUI 11. Both have their pros and cons, and depending on person to person one may prefer one over the other. But do keep in mind that in India the Samsung One UI is part of flagship Samsung phones for quite some time and it's reception so far has been fairly good.

Although we haven't used the Mi 10 yet, a quick look at the spec sheet reveals that it is the Xiaomi phone that takes slight lead in the camera department. This is because the hardware here is closer to the Samsung Galaxy S20 Ultra and as a result better than what is found on the Galaxy S20.

While it seems that Mi 10 has an edge as far as primary camera is concerned, do not discount the telephoto lens in the Galaxy S20, which makes the camera system in the Samsung phone more versatile. 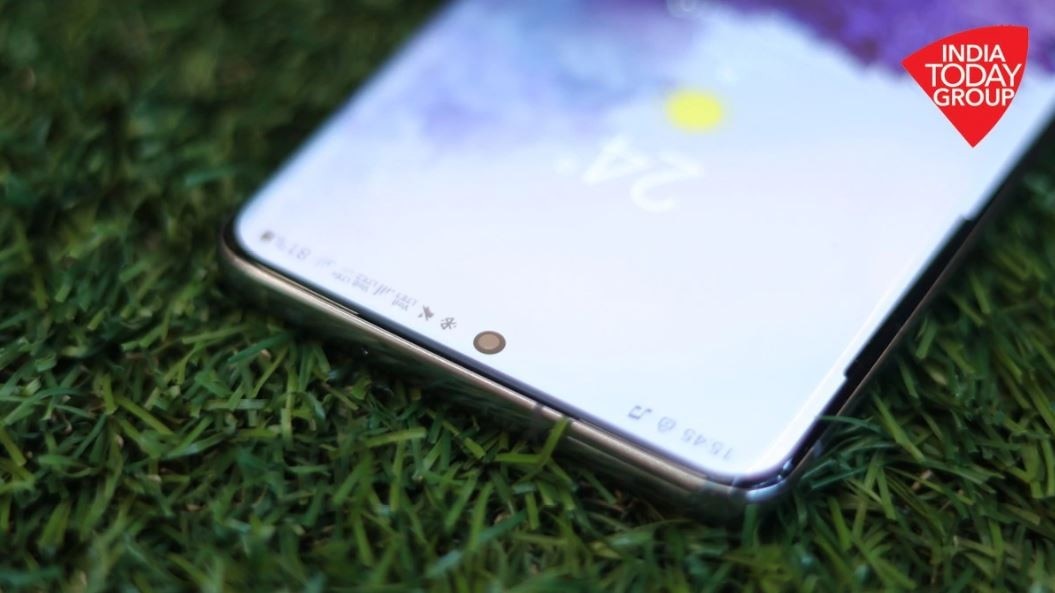 In terms of battery, the Mi 10 should offer better results because of its bigger 4780mAh battery that's tasked to run a more efficient Snapdragon 865 chipset totting phone. The Galaxy S20 brings a smaller battery which offers good screen time on its smaller display, but its Exynos 990 chipset probably may not offer the same kind of industry-leading power efficiency found in the Snapdragon 865.

Xiaomi's Mi 10 also offers faster 30W charging both on wired and wireless standards. In comparison, the Galaxy S20 supports a maximum charge speed of 25W over wired and 15W while using wireless chargers.

While in terms of specs both the Galaxy S20 and the Mi 10 seem to be well-equipped, the S20 does have a slight edge. The kind of components that it uses belong to ultra-premium phones.

The key, however, is going to be the price. There are reports that Xiaomi may price the Mi 10 aggressively in India, say around Rs 50,000 or even less than that. If the price difference between the S20 and the Mi 10 is too big, it will be an advantage Mi 10.

Airtel, Vodafone will not extend validity of prepaid plans for low-income users