Xiaomi's upcoming Mi band 5 is getting certified from various markets, thereby hinting at an imminent launch. 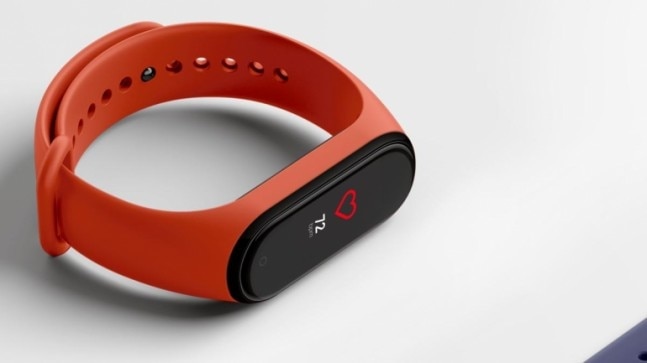 The Mi Band fitness trackers are one of the most affordable ways to get a personal fitness keeper on your wrist. Last year's Mi Band 4 brought in a number of swanky upgrades over the older model, making it more akin to a smartwatch than a simple fitness band. The successor to the Mi Band 4 is expected to debut in a few months and some notable upgrades are expected to be a part of it. Thankfully, we may not have to wait for long to see what's what as the Mi Band 5 is busy getting certified in various countries.

A recent report from Gizmochina suggests that the Mi Band 5, which is what Xiaomi is expected to call the new model, has just been certified in Taiwan. Most certifications don't mention features and specifications, especially if it pertains to a fitness tracker. Thankfully, for the Mi Band 5, it gives out the display size, which measures at 1.2-inches.

This is notably bigger than the display on the Mi Band 4. The report even mentions that the Mi Band 5 will end up using an OLED panel, which is not exactly a novelty given that most fitness trackers rely on OLED screen in the lower end of the price spectrum. None of the other specifications have been mentioned but you can expect Xiaomi to at least offer all the essential features such as a heart rate monitor and more sports modes.

With a 1.2-inch display, it is safe to say that the design of the Mi Band 5 could be similar to the Redmi Band. Hence, we can expect a squarish dial of the Mi Band 5, aping the Fitbit trackers. Xiaomi could increase the size of the battery and maybe include an all-touchscreen display. The bigger display could also display messages more easily.

Xiaomi is also testing a Mi Band 4C in Taiwan and based on listing, it seems that it will just be a rebranded Redmi Band. The Redmi Band has a 1.08-inch display and accompanies a 14-day battery life, which is decent by all standards.

Both the Redmi Band and Mi Band 5 are expected to launch in India in the coming months. Xiaomi has plans to bring more of its IoT products to our markets and these fitness trackers are part of the same category. Xiaomi also sells its Mi Watch smartwatches in China but India may not get these anytime soon owing t the higher costs.