Xiaomi Mi Box teased for India, to launch along with Mi 10 and wireless earbuds on May 8

Xiaomi India has teased the Mi Box for the Indian market, launching on May 8. The Mi Box is an Android TV smart box. 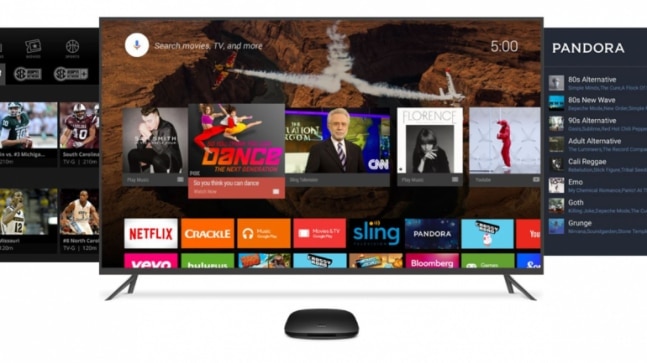 Xiaomi is bringing a majority of its product portfolio to the country, including its smart IoT products, one at a time. After announcing the Mi Robot Cleaner and other lifestyle products, Xiaomi is now coming up with its Mi Box for India. The product will be announced on May 8 along with the Xiaomi Mi 10 and the Xiaomi true wireless earbuds. The Mi Box is meant for those who don't want to upgrade their TV but get a modern smart TV experience.

Xiaomi has been selling its Mi Box in international markets for a long time, offering it as a cheaper alternative to its Mi TV portfolio. The Mi Box is essentially an Android TV box that can connect to existing TVs and offer a smart user experience similar to what its Mi TV series offers. In essence, it will offer the same smart TV viewing experience without making you buy a new TV.

It's unknown as to what variant of the Mi Box will Xiaomi bring to the Indian market. The one it sells in the global markets still runs on Android TV version 6, which in the tech industry is vintage. Similar to its Mi TV models, Xiaomi India might upgrade the Mi Box before bringing it for our markets. Hence, you can expect modern features such as a newer Android TV 9 Pie OS, better chipset and an updated remote controller.

Some of the other features available in the Mi Box are 4K streaming at 60 fps, provided that your existing TV supports 4K resolution. The Mi Box also supports HDR streaming, which will be of mega use if you stream from platforms such as Prime Video and Netflix. Given that the Mi Box runs on Android TV, you can access apps from the Google Play Store, summon Google Assistant to search for programmes or content, and even control your smart home devices.

All that remains to be seen is what pricing strategy does Xiaomi opt for with the Mi Box. Many DTH operators have been lately selling Android TV boxes at an average price of Rs 4,000, excluding the subscription charges. Xiaomi being Xiaomi, could undercut these smart boxes massively, probably with a sub-Rs 3,000 pricing. This could make for an incredible deal, given all the smart features Xiaomi has baked into the Mi Box.