Xiaomi Mi Note 10 Lite, Redmi Note 9 and more to be launched today: How to watch live

The event is majorly expected to be about the global unveil of the Redmi Note 9 series and the Mi Note 10 Lite. 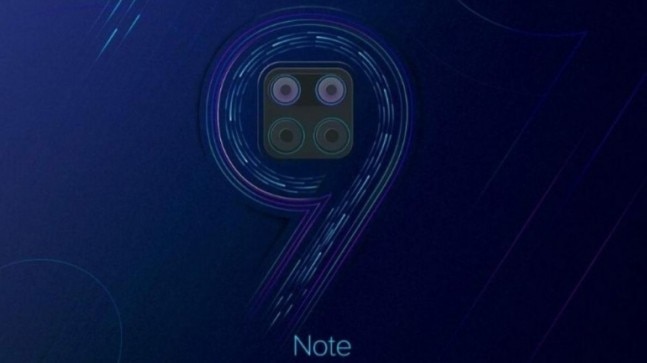 Xiaomi is hosting a major launch event today where it's launching the Redmi Note 9 series globally and also the Mi Note 10 Lite. Alongside these, the tech giant could also launch a number of other Xiaomi branded products at the event.

The event is scheduled to begin at 8pm UTC (5.30pm IST) with the company live streaming the event via its YouTube account. While the event is majorly expected to be about the global unveil of the Redmi Note 9 series and the Mi Note 10 Lite, there could be other big announcements too. For those interested, the event can be live-streamed using the link below. Here's everything you can expect from the event.

Interestingly, Xiaomi has pretty much confirmed the launch of the Mi Note 10 Lite after it posted on its Mi Community forum about the device. Putting up a poster about the Mi 10 Lite, the company also revealed the colours that the phone will be available in once it's launched on April 30.

The Mi Note 10 Lite has also been spotted via a listing on Thailand's NBTC certification site previously. As the name suggests, the Note 10 Lite is a stripped-down variant of the Mi Note 10 which was first introduced to the world back in November.

As opposed to the regular Mi Note 10, the Mi Note 10 Lite is said to come with a 64-megapixel primary camera -- as opposed to the full-fledged Mi Note 10 which has a 108-megapixel camera. Talking about the specs, previous leaks have suggested that the Mi Note 10 Lite will be powered by the Snapdragon 730G SoC and come with a 6.47-inch FullHD+ AMOLED display. The software on the phone is said to be the latest Android 10. Other than this, the phone will be powered by a 5,260 mAh battery charged at 30W.

The other big announcement from today could be the Redmi Note 9 which had recently received a BIS certification and is tipped to be launched in India in the coming weeks.

When it comes to specs, the Redmi Note 9 is expected to be similar to the Redmi 10X which was recently seen on the Chinese certification website, TENAA. The phone could come sporting a 6.53-inch full HD+ display with 2,340 × 1,080 pixels resolution. Under the hood, it could come housing the MediaTek Helio G85 SoC -- making it the first phone in the world to use this chipset.

The chipset will be paired with three RAM and storage configurations: 3GB + 32GB, 4GB + 64GB and 6GB + 128GB storage. The storage is tipped to be expandable by up to 512GB via microSD card. Reports suggest the phone will also come running Android 10 OS with MIUI 11 custom skin on top.

For cameras, the device could come with a square-shaped set-up with four cameras. The primary lens could be a 48-megapixel sensor sat next to an 8-megapixel ultra-wide camera, a 2-megapixel depth camera, and possibly a 2-megapixel macro camera.

Vodafone prepaid plans with a validity of 28 days: Check them out