Xiaomi has announced its Mi Notebook 14 series laptops for the Indian market. The Horizon Edition comes with up to Core i7 processors. 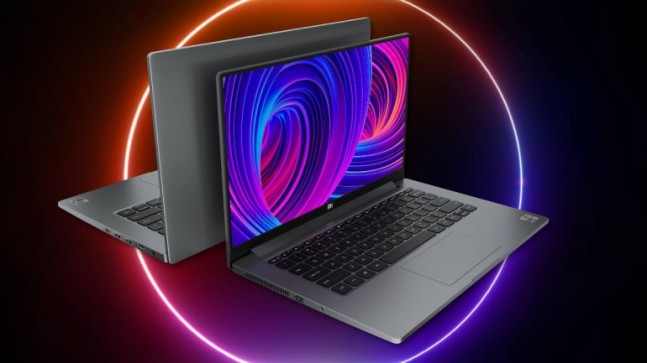 Xiaomi has been long teasing the Mi Notebook series laptops and these have finally been launched in India. As hinted previously, the entire range starts at Rs 41,999 and goes all the way up to Rs 59,999. Xiaomi is using the latest 10th Gen Intel processors across all the models and is also promising up to 10 hours of battery life. India is currently getting two models: Mi Notebook 14 and Mi Notebook 14 Horizon Edition, with both of them going on sale from June 17.

The Mi Notebook 14 Horizon Edition has two variant with same storage and RAM but different processors. The Core i5 variant comes in at a price of Rs 54,999 whereas the Core i7 variant costs Rs 59,999. There's an HDFC Bank offer that offers up to Rs 2,000 off for the Horizon Edition model.

With the prices out of the way, here's a look at what these laptops have to offer.

This is the flagship model for Xiaomi's laptop lineup and as the name suggests, it is all about the narrow-bezel display. The Horizon Edition comes with a 14-inch Full HD display that has a screen-to-body ratio of 91 per cent. The display also gets to have an anti-glare coating.

The laptop has a metal body that uses Aluminium and Magnesium alloy. The overall weight of the laptop is rated at 1.35Kg. Inside, there's a standard keyboard with scissor keys that Xiaomi says have 1.3mm of key travel. The keyboard does not have a Numpad. Of course, there's also a trackpad. The stereo speakers are bottom mounted.

When it comes to the connectivity, the Horizon Edition features two USB 3.1 ports, a USB 2.0 port, a Type-C port, HDMI 1.4b port, a 3.5mm headphone jack and a charging port.

When it comes to the performance, Xiaomi is relying on the 10th Gen Intel processors. The Horizon Edition comes with an option to choose between a 10th Gen Core i5 and 10th Gen Core i7 processors. Both the variants comes as standard with 8GB DDR4 RAM clocked ar 2666MHz. For storage, Xiaomi is using a 512GB SSD NVMe Gen 3 storage on the Horizon Edition. Graphics performance is taken care of by a dedicated Nvdia GeForce MX350 card.

The Horizon Edition is kept alive by a 46Whr battery that offers up to 10 hours backup on a single charge. Xiaomi is bundling a 65W charger with the laptops. The Mi Webcam HD is also bundled in the package.

The laptops will be running on Windows 10 Home but Xiaomi has added two new apps to help with data transfer. There's a Mi Share app for faster data transfer from smartphones. Mi Band users will be able to unlock the laptops faster with the Mi Blaze Unlock app.

The Mi Notebook 14 is a watered-down version of the Horizon Edition with slightly thicker bezels on its display. The display measures 14-inch and has a FHD panel with anti-glare coating.

For the standard model, Xiaomi is using an Intel 10th Gen Core i5 processor as standard on all the variants. Out of the three variants, the lower end models rely on the Intel UHD 620 integrated graphics whereas the top-end model gets the Nvidia MX 250 card. Buyers are given an option to choose between 256GB and 512GB SATA SSD storage. There's 8GB RAM on board.

Battery life is also rated at 10 hours on a single charge. The weight is slightly higher at 1.5Kg. Xiaomi is also bundling the Mi Webcam HD with the Mi Notebook 14 models.