Xiaomi's Mi Pad 5 is reportedly in the works and may arrive anytime soon. It is expected to feature a Snapdragon 800 series chipset and an 11-inch LCD display. 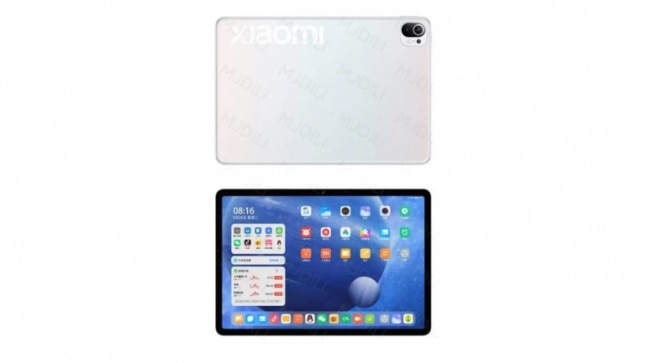 Xiaomi just introduced the Mi 11 series of smartphones alongside Mi Band 6. Also, the brand was expected to launch a long-rumoured tablet during the same event that took place on 29th March but didn't seem to happen.

A post from Weibo has revealed some key features of the upcoming tablet from Xiaomi dubbed as Mi Pad 5. According to the leaker, the tablet will borrow display features from the Mi MIX Fold. Meaning the Mi Pad 5 will expectedly bring support for the handheld PC mode, parallel windows, dual screen drag and drop and more.

Moving forward, the Mi Pad 5 is expected to ship with an 11-inch LCD with a 2K display. It may have support for 144Hz high-refresh-rate and 480Hz touch sampling rate. However, the tipster suggested that the pixel density on this particular display will not be very high.

The Mi Pad 5 should bring a Snapdragon 800 series chipset, presumably Snapdragon 870. For your information, it is an octa-core chipset based on a 7nm manufacturing process. The chipset is clocked at 3.2GHz and coupled with Adreno GPU. Also, the chipset has support for all 5G and WiFi 6 bands.

Talking about Xiaomi's first foldable smartphone Mi MIX Fold, the device comes with two displays, more like Samsung Galaxy Fold 2 and Huawei Mate X2. The internal display on the Mi MIX Fold measures 8.01 inch. It is an OLED panel with QHD+ resolution. It is also Dolby Vision and HRD 10+ certified.

Interestingly, Xiaomi claims that it has developed a U-shaped hinge that is 27% lighter than the hinges used by other foldable devices.

Xiaomi has used a 6.52-inch cover display on the Mi MIX Fold, which offers a resolution of 840x2,520 pixel. Unlike the internal display, this one is a 90Hz panel with a 180Hz touch sampling rate.

The Mi MIX Fold is powered by Qualcomm's Snapdragon 888 SoC under the hood. This is coupled with 12GB/16GB of RAM and 256GB/512GB of onboard storage.

Xiaomi has also used a dedicated vapour chamber cooling system to keep the heat produced from the chipset, 5G antennas and the fast-charging system in check.

While the display tech used on the Mi MIX Fold is impressive, the Mi MIX Fold's camera innovation overshadows it by a considerable margin. The Mi MIX Fold uses the world's first liquid lens telephoto camera. It is made out of a flexible film filled with transparent liquid that can change its shape, just like the lens in the human eye with the help of a precision motor.

The Mi MIX Fold sports a triple camera setup including a 108-megapixel primary lens, a 13-megapixel ultra-wide and an 8-megapixel macro camera.

Finally, the foldable device ships with a 5020mAh battery with support for 67W fast charging.