Xiaomi has shown off the design of the upcoming MI TV Stick at an event in Germany. However, it has still not confirmed the price or specifications of the device. 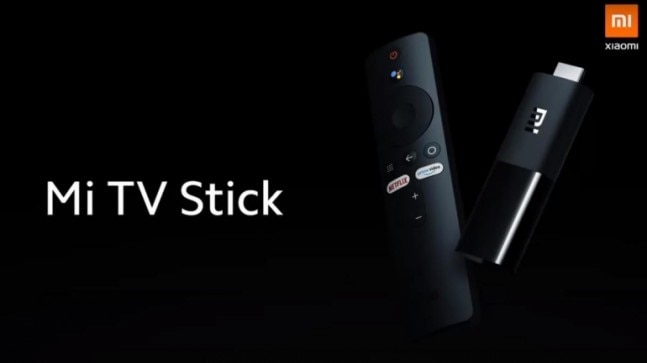 It was only two weeks ago when we first started hearing rumours about a new Xiaomi Mi TV Stick, and now, Xiaomi's German arm has confirmed the device by showing it off to its fans at a launch event in the country.

Revealed during the company's Redmi Note 9 series launch event in Germany, the Mi TV Stick wasn't given the full reveal treatment, with the presentation only seeing the company briefly show a slide of the device, with its name and design available for public glare.

However, the company stopped right there and did not divulge any more information about the product. But from what was revealed, we can make out that the Mi TV Stick will come with support for Android as it brings a Google Assistant button on the remote -- although there is no clarity on whether the Mi TV Stick will run regular Android TV or a forked version of it.

Interestingly, this reveal came shortly after the Mi TV Stick had seen itself be listed on Gearbest where the details pointed to Android 9 on the device. The listing also mentioned an $80 price for the Mi TV Stick. However, considering it's not an official listing, it may just be prudent to take this information with a pinch of salt.

From what has been shown in the presentation, however, the Mi TV Stick appears to be quite a standard offering with a basic remote to go with it. There's a dedicated button to launch Netflix and Amazon Prime and the usual home, back, options, and volume controls. The design looks very much like that of the remotes seen with the ones that Xiaomi ships with the Mi TVs.

For now, nothing else is known about the Mi TV Stick, however, considering it has already teased the product at an official event, we expect Xiaomi to make more details about it available in the coming days -- even if it's only for Germany.