Xiaomi is going to host a global launch event for its MIUI 12 OS for the first time in MIUI's history. The global version of MIUI is expected to make it to India later this year. 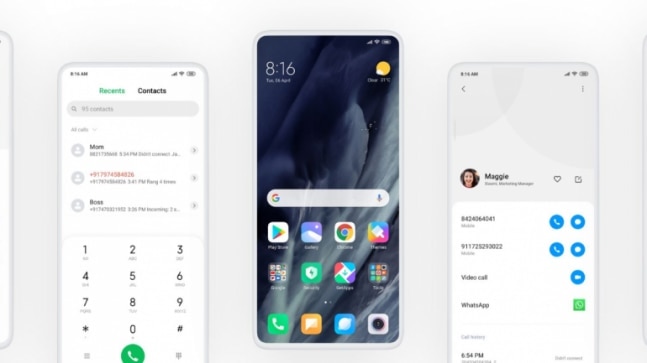 A couple of weeks ago, Xiaomi announced MIUI 12 in China and compared to the existing MIUI 11 interface, it is a massive upgrade. The Chinese ROM gave us a glimpse of the massive UI changes as well as several new features a majority of Xiaomi's phones will be getting this year. Many were wondering how long would it take for Xiaomi to bring out its global version and as you read this, Xiaomi has announced its first global launch event for the MIUI ROM tomorrow.

Xiaomi will be announcing MIUI 12 globally at an online launch event tomorrow and similar to its smartphone launches, you can watch it live. Xiaomi India VP Manu Jain also shared a link to the livestream, asking his fans whether they want the latest version of the MIUI in India soon. The event will start streaming from 5:30 pm on Xiaomi's YouTube channel as well as other social media channels.

Compared to the last few iterations of MIUI, MIUI 12 is a big deal for Xiaomi smartphones. This time, you are not only getting some cosmetic upgrades but a major overhaul that will offer a completely different user experience. Similar to MIUI versions of the past, MIUI 12 will reach all of Xiaomi's recent premium models, including the Redmi K20, Redmi K20 Pro and Mi 10 initially. Xiaomi will gradually release it to its budget smartphones, regardless of the version of Android they are on.

Xiaomi is focusing highly on data privacy with MIUI 12. The OS gets all of Android 10's security features with Xiaomi's added touch. MIUI 12 is also certified by TUV Rheinland for its privacy and security features. The navigation gestures are also imported from Android 10, which should make it easier for users to navigate through menus and apps.

Users will also see bigger changes in the user interface. The notification shade has been redesigned with huge buttons and sliders. Animations have been improved across the board to make the entire user experience more fluid. Xiaomi has even added its own live wallpapers, which it likes to call Super Wallpapers. Users will get to apply two live wallpapers based on Mars and Earth that zoom in at different levels based on what screen you are on.