Xiaomi is apparently planning to launch another tablet under the Redmi sub-brand in China. Key highlights include a 90Hz display, 30W fast charging and 5G connectivity. Tablets are a niche category of smart devices and not many companies make them. Apple's iPad models are extremely impressive but you have to shell almost PC-like money to own one. Few Android phone makers sell tablets and Xiaomi is one of those few who wants to take the Android tablet segment to the next level. The company is launching the Mi 10 Youth Edition along with MIUI 12 on April 27 but those may not be the only products at the launch. A tablet is coming too.

Based on a leaked poster from Weibo, it seems that Xiaomi is going to launch another tablet but this time under the Redmi category. It is supposed to be called the Redmi Pad 5G and is bringing a couple of unseen feature to the Android tablet category. The Redmi Pad 5G, as the name suggests, will support 5G networks and will offer smartphone-like advancements to tablet buyers.

The leaked specifications on the Redmi Pad 5G put it on par with one of Xiaomi's premium phones. This is a 5G tablet that relies on the Qualcomm Snapdragon 765G chipset. Similar to the previous Mi Pad model, it carries a quad-speaker setup and a display with slim bezels. The display in itself will utilise a 90Hz refresh rate panel, which is rare in the tablet category. 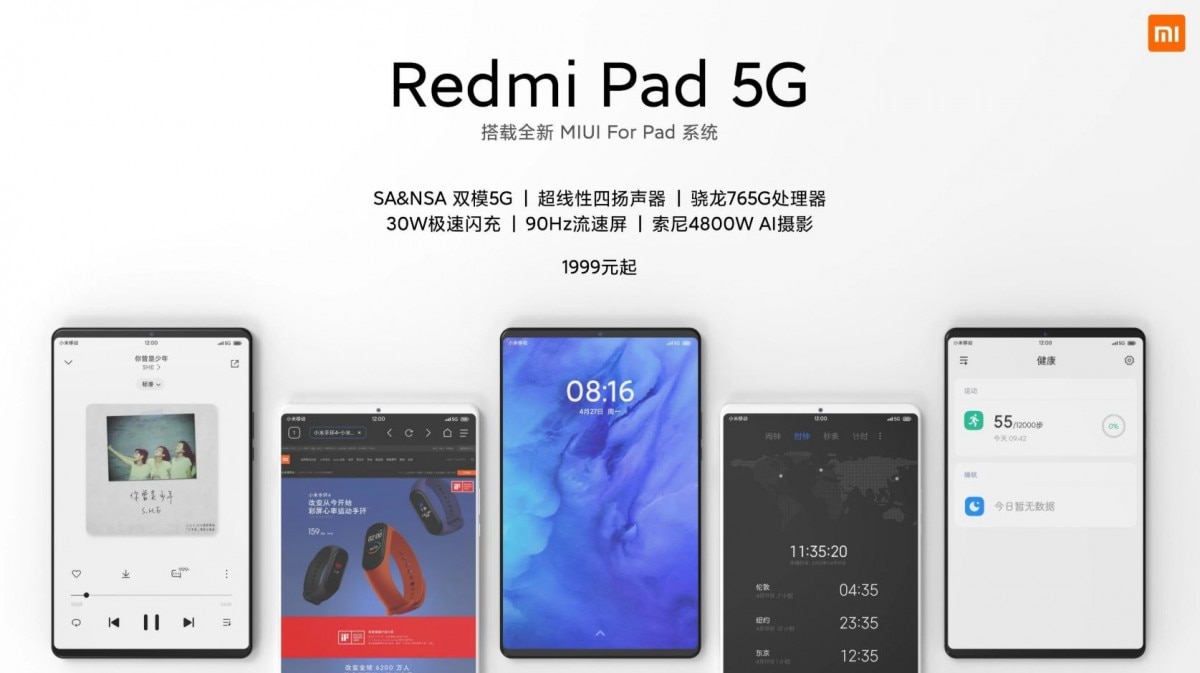 The Redmi Pad 5G will also have a 48-megapixel main camera, which should help with the AR apps and games. The battery capacity is unknown yet but the poster says that the tablet will support 30W fast wired charging.

Given that it's from Xiaomi, it will run on Android and will get the latest MIUI 12 overlay. However, Xiaomi has made a different version of MIUI for tablets, called MIUI for Pad. This sounds quite similar to Apple's iPadOS and should bring in some big-screen friendly gestures as well as improved multitasking features.

Surprisingly, it wouldn't cost much. The tip says that the Redmi Pad 5G will cost 1,999 Yuan (approx, Rs 21,500). This makes it one of the most affordable 5G devices from Xiaomi.

Sadly, Xiaomi does not sell tablets outside the Chinese market. Hence, chances of this one making to India are almost non-existent.