In its latest teaser, the company has revealed seven new features that will find a place on the Mi Band 5. 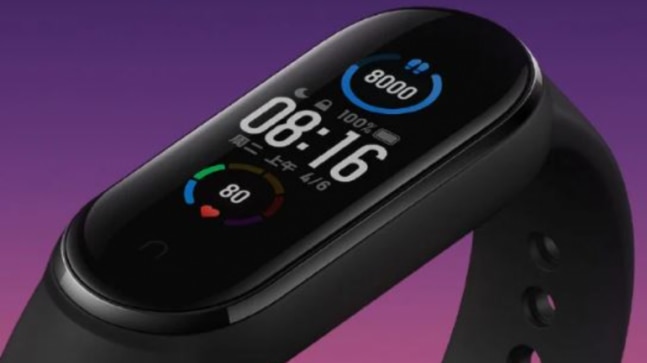 In its latest teaser, the company has revealed seven new upgraded features that will find a place on the Mi Band 5. As per a report by GizmoChina, which cites information shared by the company through a new teaser, Xiaomi Mi Band 5 will bring an extra-large dynamic display which could be a 1.2-inch OLED screen -- bigger than the 0.95-inch display found on the MI Band 4 that was launched last year.

Apart from this, the new teaser is said to flaunt the Band's support for professional sensors, including an enhanced SpO2 sensor. Also, it is expected to come with a dedicated sensor for measuring stress and breathing activity of the user. The teaser also reveals that the Mi Band 5 will get up to 11 professional sports mode and bring with itself a magnetic charging feature.

The Mi Band 5 is also said to support payments through the NFC feature on the Mi Band 5. The Band, for now, is set for launch in the company's home country, however, the company is expected to bring this new product to global markets later.

The Mi Band 5 is also said to come with 11 sports modes in total, with five of them new ones. These new modes could likely include yoga, elliptical machine, rowing machine, skipping rope, and indoor bicycle. The Mi Band 5 is also tipped to come with a Personal Activity Intelligence (PAI) function that will use heart rate data to inform users of the desired activity level to stay healthy.

Like we mentioned above, currently, there are no suggestions that the Mi Band 5 will launch in India. But it is expected the device could be made available to buyers in India in a few months or even weeks of the China launch. For the uninitiated, the Mi Band 4 was launched in India and at a price of Rs 2,299 in India. The Mi Band 5 is also expected to launch at a similar price point when made official in India.