The Xiaomi Mi 10 has been confirmed to come with a 90Hz refresh rate display and curved edges. Xiaomi is using an AMOLED panel with 1120 nits brightness. 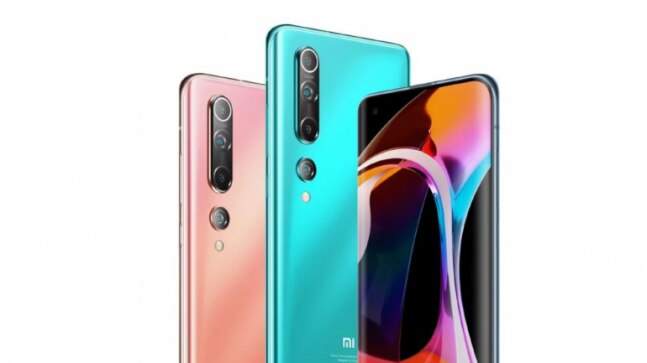 The Samsung Galaxy S20 series is out and the next phone to bring a massive amount of craze with itself is Xiaomi's Mi 10. The Mi 10 is expected to bring some of the goodness of the more premium Samsung S20 phones to a more affordable price point. Xiaomi will be launching the Mi 10 tomorrow in China and is also slated to reveal it globally at this year's MWC event in Barcelona. Xiaomi has revealed a few things about the Mi 10 so far and the latest bunch of stuff comes about the display.

It has been a while since we knew that the Mi 10 might end up with a high refresh rate display flaunting curved edges on either side. Xiaomi has now confirmed it via official teasers on Weibo, confirming that the Mi 10 is getting an AMOLED panel that will support HDR10+ colours as well as a faster refresh rate of 90Hz. The display will also get 180Hz of touch response rate, which should help the user experience become more responsive.

The teaser puts out a few interesting numbers - 5 million:1 contrast ratio, bright of up to 1120 nits, DCI-P3 colour gamut, and a certification from TUV Rhineland. Xiaomi also says that the display on the Mi 10 will come with a JNCD rating of <0.55, which when compared in numbers is better than the Apple iPhone 11 Pro Max. Hence, you can expect professional-grade colour accuracy from the Mi 10's display.
The phone will also gain a punch-hole cutout for the front camera in the corner of the display - the pop-up camera was only a thing with the Mi 9T series from last year.

These are promising numbers for a smartphone display but the Mi 10 already seems to be lagging behind its rivals for 2020. Samsung has already unveiled the Galaxy S20 series and all the variant come with 120Hz refresh rate as standard. OnePlus is also teasing the 120Hz refresh rate Quad HD+ AMOLED panel for its OnePlus 8 Pro that's supposed to launch in a month or two. Xiaomi's own sister brand Redmi has gone ahead with a 120Hz refresh rate panel on the much more affordable Redmi K30.

Paytm rolls out new products for shopkeepers; check out details