Xiaomi has pretty much confirmed the launch of the Mi Note 10 Lite after it teased it on the Mi Community forum. 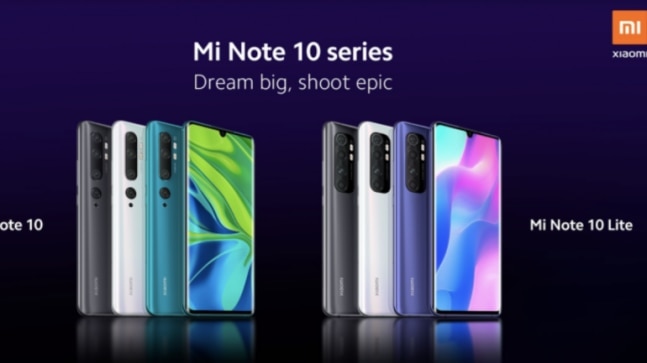 Interestingly, Xiaomi has pretty much confirmed the launch of the Mi Note 10 Lite after it posted on the Mi Community forum and even put up a listing of the device. Putting up a poster about the Mi 10 Lite, the company also revealed the colours that the phone will be available in once it's launched on April 30.

The colours that the Mi 10 Lite can be seen in the marketing material were also revealed by tipster Roland Quandt previously. The tipster had also revealed that the Mi Note 10 Lite will come with 6 GB of RAM and 128 GB of native storage.

The Mi Note 10 Lite has also been spotted via a listing on Thailand's NBTC certification site previously. As the name suggests, the Note 10 Lite is a stripped-down variant of the Mi Note 10 which was first introduced to the world back in November. While there is no official confirmation yet, but the majority of the cuts in the new phone will be seen in the camera department.

Talking about the specs, previous leaks have suggested that the Mi Note 10 Lite will be powered by the Snapdragon 730G SoC and come with a 6.47-inch FullHD+ AMOLED display.

The FCC listing had revealed in the past that the Mi Note 10 Lite will feature a five-camera setup on the back with a primary 64-megapixel camera, two 8-megapixel lenses, one 5-megapixel lens, and one 2-megapixel unit. Further, there will not be support for laser auto-focus tech too with the phone.

The software on the phone is said to be the latest Android 10. Other than this, the phone will be powered by a 5,260 mAh battery charged at 30W.

Reliance Jio prepaid plans with a validity of 28 days: Check them out