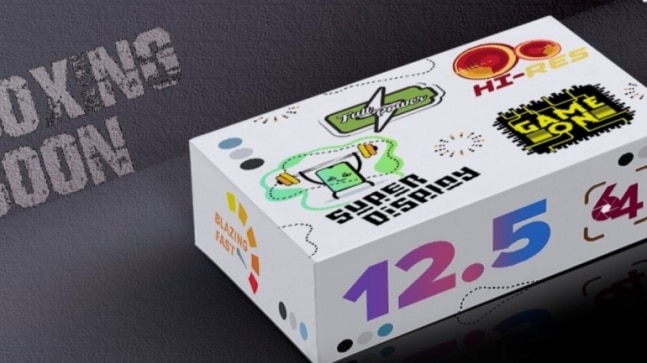 Xiaomi has shared the image of a new smartphone box through Redmi India's official Twitter handle hinting at its launch. The retail box comes with a new and unique boxing that we haven't seen on previous Xiaomi phones. It gives away few important features of the upcoming phone including the presence of company's new custom skin MIUI 12.5. The software update was announced earlier this year and is yet to arrive in India.

The image shared by Xiaomi also reveals the presence of a 64-megapixel primary camera. The phone will also pack a big battery and is claimed to offer Super Fast performance. The phone is also confirmed to have Hi-Res Audio. The box also reveals three colour options of the phone which are in shades of Blue, Grey and Black.

The device will pack a big battery and claimed to offer fast performance. The box also has super display written on it which suggests that Redmi Note 10S may have a 120Hz LCD or a 60Hz AMOLED panel.

Since the phone has already launched in China, we know about its features and specifications. The phone comes with a 6.43-inch AMOLED display with a centred drilled punch-hole cutout design. It has a 13-megapixel front camera sensor. The rear camera has a 64-megapixel main sensor, with an 8-megapixel ultrawide angle lens and two 2-megapixel sensors for depth and macro.

The smartphone has a MediaTek Helio G95 SoC, paired with up to 8GB of RAM and 128GB of internal storage. The phone packs a 5,000mAh battery with 33W fast charging support.

All three Redmi Note 10 phones launched in India so far come with Qualcomm Snapdragon chips. It had recently increased the pricing of Redmi Note 10 by Rs 500 after which both the variants of the phone cost more in the country.

No action against anyone who seeks Covid help on social media or criticises govt, Supreme Court tells Centre