Xiaomi is tipped to unveil foldable phones with designs such as out-folding, an in-folding, and a clamshell. 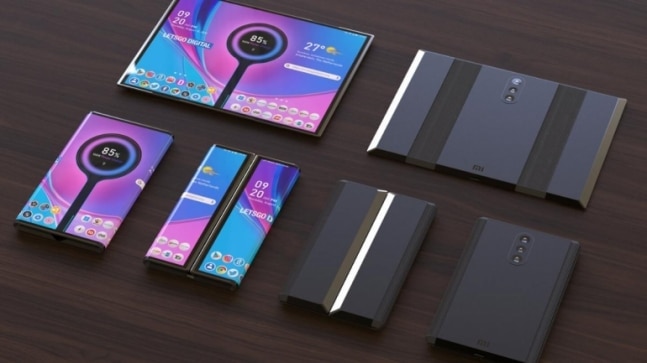 Xiaomi has long been rumoured to launch mainstream foldable smartphones, and now it appears the company is getting closer to launching the first such devices in 2021. As per a claim made by display analyst Ross Young, through a fresh tweet, Xiaomi will launch not one but three kinds of foldable phones in the coming year.

The trusted analyst had claimed earlier this month that companies like OPPO, Vivo, and Xiaomi will together launch four foldable phones in 2021. He had also claimed that Google will also launch a foldable phone in the coming year. However, now Young has said that Xiaomi itself will launch three new foldable devices next year.

Interestingly, it is not the first time we are hearing about a foldable phone from Xiaomi. In fact, earlier in the year we had read a report by XDA Developers talking about a foldable Xiaomi device codenamed "Cetus". The publication had found evidence for the device in the MIUI 12 beta.

It had also claimed that the device will be equipped with a Snapdragon chipset and a 108-megapixel camera. For now, there isn't any other detail available about "Cetus". However, our belief is that the device will launch sometime early next year and as such more details about it will start to emerge in the next few weeks. For now, however, we can only wait and watch and hope the information that eventually comes in is worth the wait. As always, we'll follow the news closely, so stay tuned to India Today Tech for all the latest about these upcoming foldable phones.

Realme X7 Pro shows up on company website but when is it launching?