Xiaomi too thinking about making and selling electric cars, may move before Apple 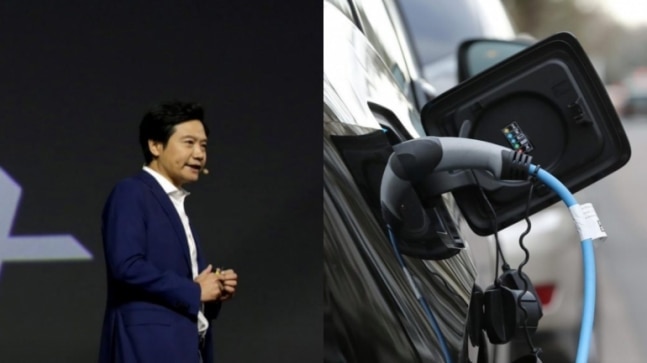 Both Xiaomi and Great Wall are yet to officially confirm the new partnership.

It's only a matter of time before smartphone makers starting rolling out electric cars. Apple has also already made intentions clear in this regard. However, it seems like Xiaomi may pip the Cupertino-based electronics giant and introduce EVs under its own brand. According to a report by Reuters, Xiaomi Corp is planning to make electric vehicles (EVs) using Great Wall Motor Co Ltd's factory. The report claims that three people with direct knowledge of the matter have confirmed the development.

This makes Xiaomi the latest tech firm to join the smart mobility race. The new partnership can be announced as soon as next week. The electric cars produced under this partnership will be sold under Xiaomi's brand. Just like the other Xiaomi products, its electric cars will also focus at the mass market.

Great Wall, which has not before offered manufacturing services to other companies, will provide engineering consultancy to speed up the project. However, both Xiaomi and Great Wall are yet to officially confirm the new partnership.

Apple has been working to make breakthrough in the automotive sector. It had started Project Titan in 2014 with the same goal to design its own vehicle from scratch. The journey since then hasn't been easy. Apple had almost pulled out to focus on software and reassessed its goals. That changed when one of its former executives was hired back from Tesla to lead the project in 2018.

Since then, Apple has made decent progress and is targeting 2024 to produce a passenger vehicle that could include its own breakthrough battery technology, according to an earlier report by Reuters. This battery technology is expected to increase vehicle range.

Who will win the race?

Apple might have started working on electric cars way before Xiaomi, its goal has expanded from a purely self-driving system to a more ambitious project. The tech giant is believed to have hired a small team of hardware engineers to produce driving systems, vehicle interiors, and design external car bodies.

According to an earlier Bloomberg report, it may take Apple another five to seven years to launch its first car.

This leaves Xiaomi with a long enough window to make the first move and introduce its car before Apple. One of its executives in 2015 had said that Xiaomi will not build a car in three to five years because of insufficient energy. That five year window has now expired which leaves more optimism around Xiaomi's electric car.

The company is now more capable of entering new category and the market size is also rapidly growing. Newer markets, including India, are promoting electric vehicles. The overall market size is expected to exceed 5 million in 2025, which is about five times the current size. Xiaomi realises this potential too. This is why out of all patents filed by it, 10 are related to automobiles, mainly including vehicle cruise control, energy supplement, vehicle control, navigation, assisted driving, driving safety, parking information Forecast etc.

Apple and Xiaomi will not be the only tech giants fighting it out for electric cars. Several others including Huawei and Alibaba have also entered the race. Who wins this round, time will tell.

Also Read | iPhone 12 vs OnePlus 9 Pro: It mostly comes down to iOS vs Android and price
Also Read | Micromax In 1 goes on sale today for Rs 9,999, should you buy this Made in India smartphone?
Also Read | irtel Rs 349 prepaid plan gives 2GB daily data with Amazon Prime benefit, what Jio offers at same price