Xiaomi is expected to launch a premium smartphone in India soon flaunting a 108-megapixel camera at the back. Will it be the Mi Note 10 or the Mi 10 flagship? 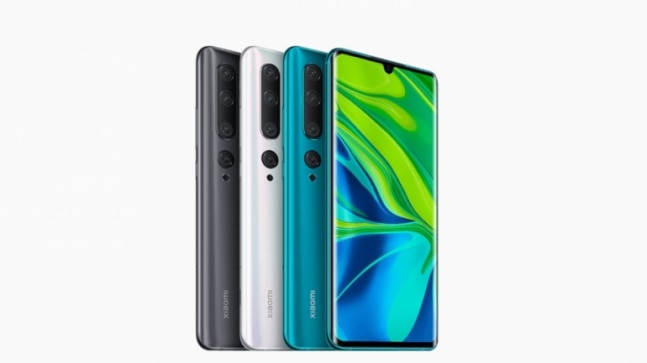 It has been almost two months since Xiaomi India announced that it is going to bring a phone with a 108-megapixel camera to our shores. When the announcement came in late November, we expected the Mi CC9 Pro, which launched globally as the Mi Note 10, to come to India as Xiaomi's premium offering under the Mi series. However, Xiaomi is yet to announce anything on this front and it now seems too late for the Mi Note 10 to launch in India.

So far, Xiaomi only has two smartphones in its lineup that feature the 108-megapixel camera- one of them is the Mi Note 10 while the other one is the Mi Mix Alpha concept device. It's clear that the Mix Alpha is too costly to be launched in India and even though Xiaomi says it is evaluating possibilities of bringing limited numbers to the country, I feel the chances are extremely low.

Hence, the Mi Mix Alpha isn't coming based on the info we have. However, Xiaomi says on its Twitter page that 108MP is coming' and if you are a Mi fan, you must be wondering what does Xiaomi have in store for us. Hence, we try to guess what's Xiaomi going to launch in a few weeks from now.

This has been our guess for a long time and it has been an easy one. The Mi Note 10 is the only phone in Xiaomi's stable with a 108-megapixel camera that it can manufacture and launch in India. However, there are complications to this matter.

The Mi Note 10 is a highly capable phone and with its Penta camera system, it surely is the most versatile camera phone one can buy today. However, the Mi Note 10 is a premium phone in China and Europe, and even if Xiaomi brings the base variant at extremely aggressive pricing, the Mi Note 10 will have a hard time finding takers. Wonder why?

The Indian smartphone consumer is conscious about specifications these days and the Mi Note 10 doesn't have the best specifications for the price it commands. The phone uses the older Snapdragon 730G chipset and for a phone that could cost almost Rs 30,000, that seems underpowered as most phones at this price, including Xiaomi's own Redmi K20 Pro, offer an even better Snapdragon 855 chip. Despite all the other premium features such as curved edge AMOLED display and the highly capable camera system, the Mi Note 10 will lose out to the Realme X2 Pro, OnePlus 7T, Redmi K20 Pro and Asus 6Z in India, all because of its older and weaker chipset.

Hence, it now seems that Xiaomi may not bring the Mi Note 10 to India, especially when it hasn't launched anything since the last two months after announcing on Twitter that a 108-megapixel camera phone is coming.

The chances for the Mi 10 series to make it to India are highly likely now. Even though Xiaomi is yet to reveal any detail about the Mi 10 series phones, the leaks have already revealed that the Mi 10 will offer a quad-camera setup with the main camera using a 108-megapixel sensor. The Mi 10 is expected to launch in China on February 11 and chances are that Xiaomi could bring it to India soon after. Xiaomi has already expressed its intentions to bring back the Mi series to India this year and this time, it will include premium phones. With the Mi 10, Xiaomi could be looking to challenge OnePlus, Asus and Realme in the sub-Rs 40,000 segment. However, the Mi 10 could have the specifications advantage as it could be one of the few phones to offer a 108-megapixel camera while most of the other flagships might settle for the 64-megapixel Sony IMX686 camera.

Moreover, unlike the previous years, Xiaomi won't be looking to play the price game given that the Indian smartphone market has warmed up to the idea of expensive phones- more people are willing to spend a premium on a OnePlus or Apple phone than before. Last year, the Redmi K20 Pro from Xiaomi itself gave us a glimpse of future Xiaomi flagships going up the price ladder.

Additionally, the company has waited for almost two months ever since it changed its Twitter name and it only indicates that Xiaomi is working to bring the Mi 10 to our shores instead of the older Mi Note 10.

Hence, chances are high that Xiaomi may skip the Mi Note 10 for India and bring its 2020 flagship Mi 10 Pro for our market. Do note that these are our speculations based on the information we have and chances are that we Xiaomi could do something completely different.

If the Mi 10 makes it to our country, would you buy it at a premium, skipping it over a OnePlus or Samsung device?