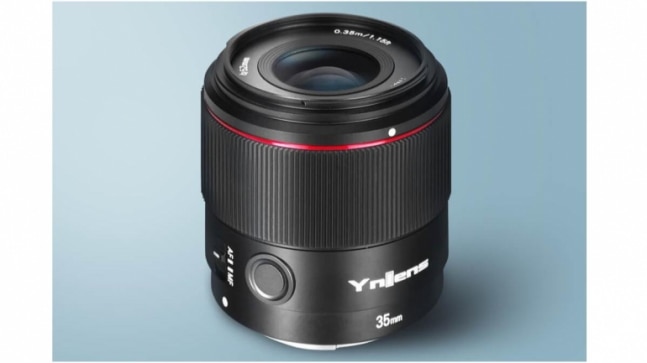 The company claims that the new lens is small and light. The YN35mm f/2S DF DSM lens is lightweight in nature as it is made of plastic with a CNC stepping motor. Yongnuo says that compared to a traditional DC motor, the digital control stepping motor (DCM) has "high focusing accuracy, and quieter focusing action, which is suitable for photo shooting and video recording."

The full-frame 35mm F2 lens features 9 lenses in 8 groups, a nano-multilayer coating to reduce ghosting and flare, one aspheric lens to reduce aberrations, a low dispersion lens, and a 7-bladed aperture. While the lens is majorly made of plastic but it also features metal bayonet mounts and gold-plated contacts. Other features include autofocus, aperture control, and a USB-C port.

The price and availability of the lens is still unknown. Also, users should not expect the new Yongnuo full-frame 35mm F2 lens to arrive in India.

Redmi Note 9 Pro Max sells with discount of Rs 4,000 on Amazon, makes a compelling case for itself