You can get a tweet reminder for the upcoming WWDC 21 event on Twitter from Apple. Apart from automated alerts from Apple's official Twitter handle, users can also tweet with an all-new hashflag that has gone live. 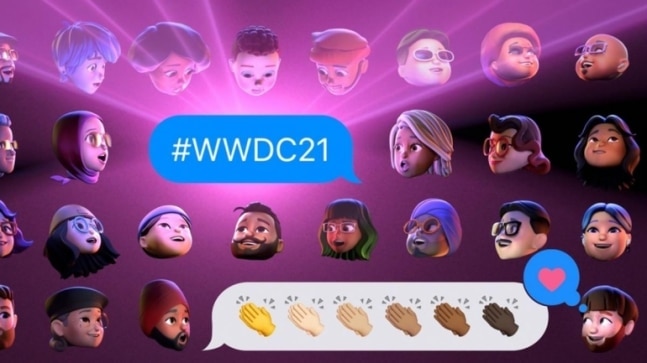 Apple is making it easier for users to get a handy reminder to watch the upcoming WWDC 2021 keynote. Interested people can now schedule an automated alert on Twitter before the Monday keynote by simply liking the tweet Apple promoted on the platform. The company has also made the #WWDC21 hashtag live on Twitter with an all-new hashflag.

"Major developments ahead. Join our worldwide developer community for #WWDC21 on June 7 at 10 a.m. PDT," wrote Apple in a tweet. The company added that interested people could like the tweet, and the official handle would send a reminder on the event day.

This is not the first time that Apple has come up with a reminder alert tweet setup, the company had a similar campaign during WWDC 2018 and WWDC 2019 where users received a reminder alert for retweeting or liking an Apple tweet around the event at that time.

Apart from the alert on Twitter, the company has also come up with its new marketing campaign on the micro-blogging platform where users can tweet using the hashtag WWDC, which will appear with an icon that may remind them of thumbs-up from iMessage. The new hashflag is likely to last until June 6, a day before the event actually starts, as per Hashflag Browser by Jane Manchun Wong. However, there are chances that Apple may extend it for another couple of days. For its April Spring event, Apple earlier this year had an animated hashflag that appeared next to the hashtag Apple Event.

Historically, Apple has been using hashflags to promote its events on Twitter for several years, where an icon appears next to the corresponding hashtag of the event.

WWDC 2021 keynote kicks off at 10:30 pm IST on June 7, and it will be live-streamed on YouTube, Apple TV, and the company's dedicated event page. Users can also set a reminder on YouTube for the keynote next week.

As always, the WWDC event is likely to see some major announcements related to iOS, macOS and other software announcements. However, some reports have claimed that the new MacBook Pro could be the big announcement during the keynote. Some rumours point to iMessage refresh as well with the iOS 15 update. We have our fingers crossed and will wait for June 7 to see what Apple has in store for its annual developers' conference.

You can stay tuned to India Today Tech for all the news around the WWDC 2021 event.