The Zoom 5.0 update has begun rolling out and is needed to continue with the meetings on platform with GCM encryption. 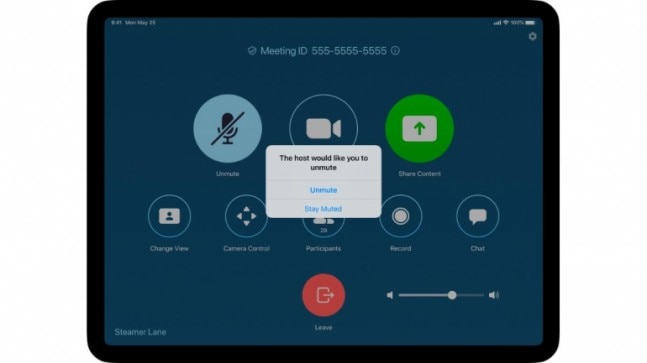 Zoom has begun asking its users to update the app to the latest version if they want to continue with video meetings, which will become more secure with the addition of the latest encryption protocol. The company has said Zoom users should upgrade to version 5.0 on the app and the web client to ensure the GCM (Galois/Counter Mode) encryption and other security enhancements that are mandatory to conduct video meetings on the platform by May 30.

"On May 30, Zoom will cut over all accounts to GCM encryption," said Zoom in a blog post. The US-based company also said the GCM encryption, which began rolling out to the platform in April, will be implemented system-wide. This means that the Zoom apps on Android, iOS, Windows, and macOS, and the web clients will need to be updated latest by May 30. The Zoom Rooms controller software, however, will receive enhanced encryption on June 30, failing to update which will result in discontinuation.

Zoom has explicitly mentioned what versions the update will bring on various ecosystems.

In April, Zoom announced that it is upgrading its ecosystem to include 256-bit GCM encryption after the outcry over the lack of robust privacy and surveillance mechanism. The cases of Zoom-bombing began to crop up rapidly globally, causing regulators in various countries to take necessary action, such as banning the use of Zoom in Taiwan. Later, the Indian government issued an advisory, as well, over the use of Zoom in the country. But Zoom said it will introduce end-to-end encryption soon on the platform - something Zoom India head also confirmed to India Today Tech in his elaborate chat.